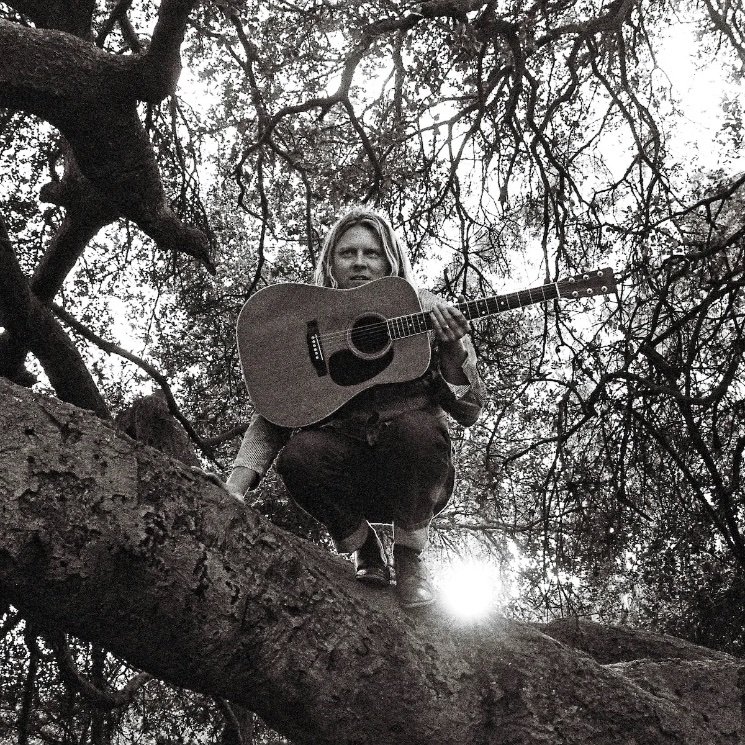 It shouldn’t really be a surprise that during the now called “isolation months of 2020,” Ty Segall recorded an album. In fact, it would have been surprising if he didn’t. It also shouldn’t surprise you that “Hello, Hi” is more of an acoustic affair as Ty has changed it up from his garage rock ways several times before, as it was the dominant approach on Goodbye Bread (2011) and Sleeper (2013). What is different now in 2022, is that Ty feels completely at ease with this album and approach. He also harnesses his lash out guitar wizardry here and lets it out in small doses which once again offers the listener something new.

On the short opening track, “Good Morning,” Ty sets the stage for the record as he sings “We can stay inside / The world is where we both lay.” It sums up the times for sure but the next track “Cement,” turns the gears a bit more into the overall psych folk delivery of the album that is both intense and a little unhinged. When Segall spells out “G.O.O.D.N.I.T.E.” there is a little bit of The Shining’s Jack Nicholson hiding behind the door and its fantastic! This slight edge is around every corner, and it is unleased when the electric guitar comes out during the title track. It is an instantly memorable garage banger that should be out of place, but it highlights why Segall is such a compelling indie artist. He does not have musical boundaries but always has the ability to make an album cohesive.

“Looking At You” is the first time we hear buddy and musical partner Charles Moothart on the drums and as the song gets bigger it almost sounds like Segall’s supporting Freedom Band is behind him. Another staple in the Segall camp is Mikal Cronin and it is good to note that he shows up later in the album when he breaks out with a killer sax solo on “Saturday Pt. 2.” Another highlight on the album is when Ty covers The Mantles “Don’t Lie.” The original 2009 song from the San Francisco garage rockers has that 60’s slightly distorted muffle and Ty cleans it up and produces an excellent acoustic version that now highlights the lyrics. When he sings, “And no matter how you do it / It’s gonna turn out right” it hits an emotional nerve. Then the final track, “Distraction,” is a great mid-tempo acoustic jam that has one of the most memorable choruses on the album and turns out to be the perfect closer.

“Hello, Hi” is an easy listen, especially if you are a Ty Segall fan. The record is 35 minutes long and holds up to multiple spins. Segall continues to be a creative force as this album is well planned out, offers a nice mix of styles within a range and will fit nicely with his timeless catalog!