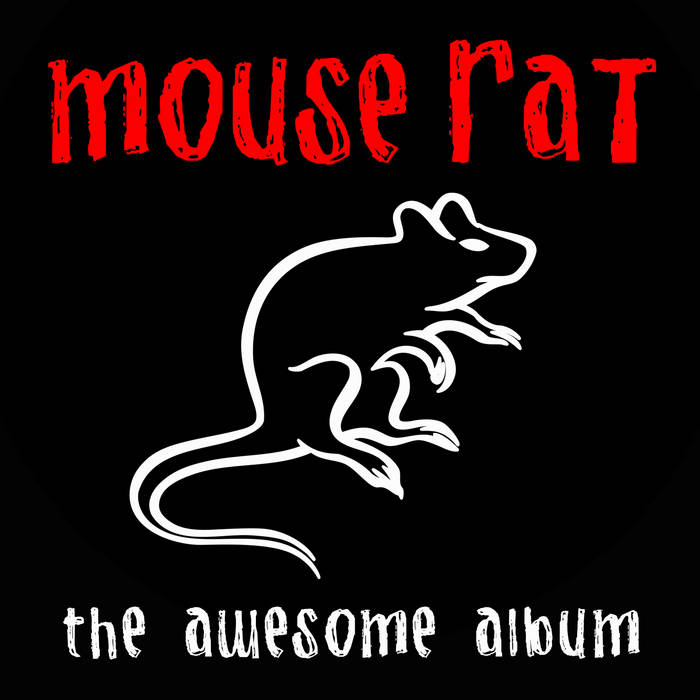 Everyone’s heard the famous Oscar Wilde quote that “Life imitates Art far more than Art imitates Life,” but who could have guessed that the mythical band Mouse Rat from the TV comedy “Parks & Recreation” would announce their intention to release an album into the real world on the 10th anniversary of the episode that featured the song “5000 Candles In the Wind (Bye Bye Li’l Sebastian),” at the memorial service for the miniature horse of the song’s name. This isn’t the first time a fictional band has made the leap from the small screen to the record store, there was the Monkees, The Partridge Family, and The Archies, but I’m pretty sure it’s the first time one of these efforts including anything as much of a “beautiful mess” as “Sex Hair.”

Fans of the show will remember that Mouse Rat was led by Andy Dwyer, the shoeshine guy down at the Pawnee, Indiana city hall that housed the Parks and Recreation department, played by no less than the “Guardians of the Galaxy” star Chris Pratt. And most of the songs here were conceived as part of the long-running sit-com featuring Amy Poehler, including Dwyer’s campaign theme song for her character Leslie Knope’s campaign, “Catch Your Dream,” which includes a sax solo from Duke Silver, the secret identity of Ron Swanson, played by Nick Offerman. Dwyer’s vocal style feels like a bar band guy imitating Springsteen, except for “Menace Song,” where he’s definitely channeling Darius Rucker of Hootie & The Blowfish. But sadly, many of these songs do sound like the came from the limited imagination of Dwyer, like “Ann Song,” which sounds like the drunk character whining and crying over his break-up with his girlfriend, mostly just crying, actually, and vamping because he hasn’t actually written any lyrics.

While The Awesome Album, will appeal to hardcore fans of the show, it’s musical appeal is limited to the novelty aspects of the songs from the show, as about half of the 14 tracks here are less than two minutes long. One fun surprise is two songs by Jeff Tweedy (Wilco), who played the character Scott Tanner on a couple episodes, from the legendary Pawnee band, Land Ho! “Pickled Ginger” is a funky grungy little rocker, while “Cold Water,” is a funny folk rocker with a sax solo again by Duke Silver. It’s pleasantly funny, as are some of the album’s bigger songs, like the pop rock of “Two Birds Holding Hands,” and the grunge anthem “The Pit,” inspired by Pawnee’s giant sinkhole from the show’s first season.

Evidently, the real world is going to have to wait for “The Awesome Album, Vol. 2,” to get our hands on other promised Dwyer classics like “Sex Is Cool,” “Drunk Off Our Asses,” and the 20-min jam song, “Sex In Space,” but thank God we’ll always have “Sex Hair.” Meanwhile I’m watching for “Guardians of the Galaxy Vol. 3; Soundtrack.”

Artists With Similar Fire: The Archies / The Monkees / The Partridge Family

Supergrass: In It For The Money (Expanded Remastered Edition) [Album Review]