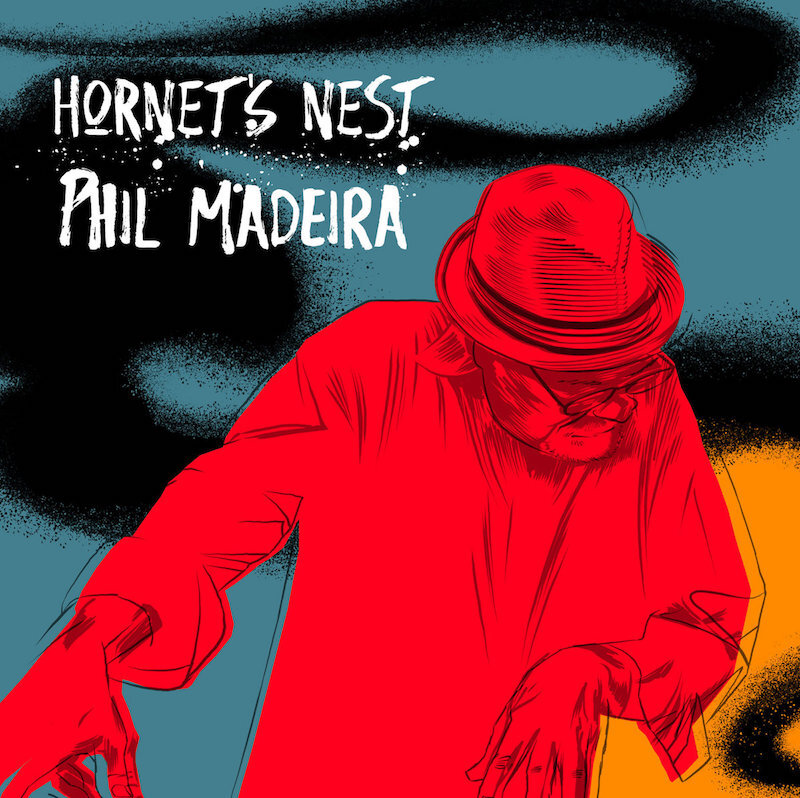 With three jazzy piano albums under his belt in the last couple years, it’s no surprise by now that one of Phil Madeira’s musical heroes is jazz icon Thelonious Monk. That may be a surprise to anyone who’s only heard Madeira at his day job, playing backup to one of country music’s best-loved female vocalists Emmylou Harris, as one of her Red Dirt Boys, playing piano and organ, accordion, and acoustic guitar. As a collaborator, Madeira’s worked or had his songs picked up by a who’s who of Nashville talents, from Buddy Miller, Alison Krauss, and The Civil Wars, to Toby Keith, Garth Brooks, Ricky Skaggs, and Shawn Mullins. While earlier solo outings leaned toward a wider variety on the singer/songwriter side of Americana, with Madeira on guitar as often as keyboards on records that date back to Three Horseshoes in ’99, and Motorcycle as recent as ’15, these days, at least on his solo outings, it’s all about that jazz.

In 2019, Madeira’s songs were all about living with an Open Heart, and here on Hornet’s Nest, he’s acknowledging the other side of that same coin, the potential for hurt, betrayal, and loss that potentially accompanies our endeavors at love and relationship. Madeira still relies on that tight trio at the center of his arrangements, his piano and the Red Dirt rhythm section, Chris Donohue on bass and Bryan Owings on drums, but he ups the ante here as you hear on the opening track, “Flash In the Pan,” with the the addition of sax by Rashaan Barber, Latin percussion by Kiko Negron, and a trio of backing female vocals that features his two daughters, Kate and Maddy, with Fleming McWilliams. Madeira continues to bring wit and charm to his lyrics, which take a popular cliché and add the spark with fresh narrative twists in titles like “Mama Always Liked You Best,” “Dodged a Bullet,” which features a guitar solo by James Hollihan,” and “Your Secret’s Safe With Me,” which also features some fun guitar from Pat Bergeson whose tone feels warm and melodic, reminiscent of George Bentley. There’s great horns mingled throughout accompanying the sax, with Leif Shires adding trumpet and fluegelhorn, with John Mark Painter playing the trumpet solo on “Room For One More.”

In the urban jazz feel of “Borderline,” Madeira is coming to terms with a love interest that is “fine,” and yet “crazy,” so it’s really borderline personality disorder. “Paris Burning,” a torch song duet with Cindy Morgan where a love affair is turning into “world war three,” with lush strings and muted trumpet. But everywhere you turn, Madeira’s fluid piano runs, syncopated fills, and elegant emotional soloing takes things up a notch. As the ten track album reaches its emotional conclusion, “Last Time We Said Hello,” finds Madeira crooning his own version of a standard set again with lush string orchestration, while the riotous Gospel flourishes of “I’ve Made My Peace” mix a rowdy beat with room for some solo time for Owings and Donohue, before it slides into a blow-out Gospel chorus that leans on the traditional “Down By the Riverside,” with the notable addition that “I’m going to scatter your ashes,” which adds a sharp emotional twist to what sounds like a joyous celebration full of New Orleans styled horns worthy of a second line, with Madeira leaning into the vibe of Dr. John on the piano before stepping it up with Hammond organ. One more time, Phil Madeira has delivered something that pleases the spirit, while teasing the mind with a look at the darker side of our yearning to connect, while never skipping a beat.