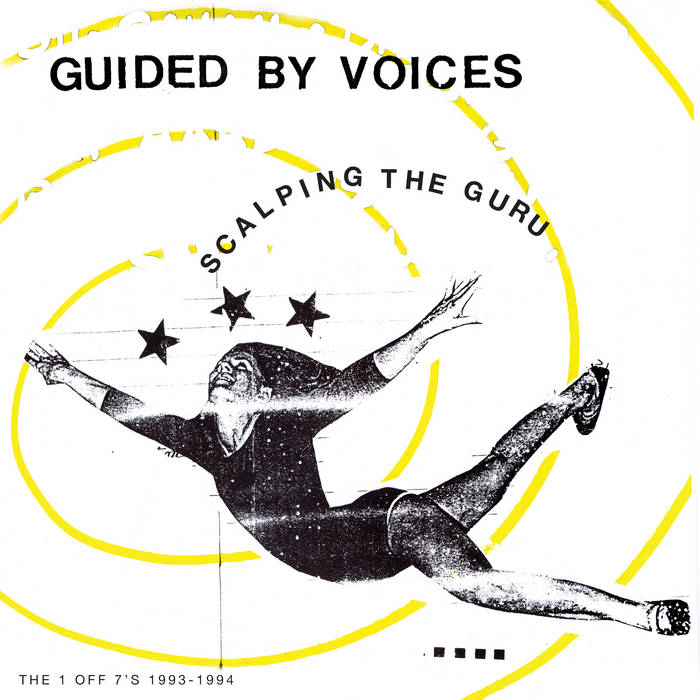 If you were to poll fans of Guided By Voices what they thought were three consecutive years that highlight the sweet spot of recordings from the band, 1993-1995 would be one of the top answers. One obvious reason of course is that the classic LPs Bee Thousand (1994) and Alien Lanes (1995) were released but also because of the material that is now featured on this GBV archival release Scalping The Guru. The 20-track album pulls from four fantastic EPs (Static Airplane Jive (1993), Get Out Of My Stations (1994), Fast Japanese Spin Cycle (1994) and Clown Prince Of The Menthol Trailer (1994)) and turns out to be a true master class on 4-track recordings.

If you already know the material on Scalping The Guru quite well then, the real treat is in the sequencing. I personally dislike compilation records that go in chronological order by release date, so it is a relief that Robert Pollard approached this project like all his albums and put some real thought into the song transitions. The rocking “Big School” moving into the always mesmerizing “Volcano Divers” is one of my favorites. I also really like how the ending guitar on “Damn Good Mr. Jam” gives way to the quick starting drum beat of “Hunter Complex.” It is also interesting though that the trio of “Scalding Creek,” “Mobile,” and “Melted Pat” remain intact here representing the same order they appear on Get Out Of My Stations. I can’t disagree as it worked before and also gives Scalping The Guru a very familiar feel which should engage both old and new listeners.

Scalping The Guru is a great record and reminder of why Guided By Voices influenced so many artists. Its raw electricity pulses on each and every lo-fi track as your mind wanders around with Pollard’s lyrics. These songs quickly turn and fade away only to have the next track playing become your new favorite. The strength of this GBV era is completely on display with Scalping The Guru and it is a real beginning bookend for the musically tight rock records that the current Guided By Voices lineup is releasing today.