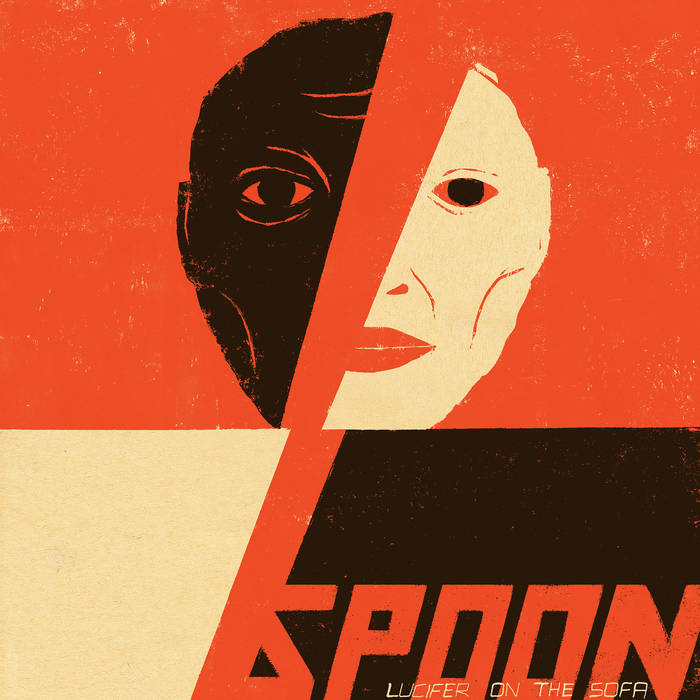 With the release of Everything Hits At Once: The Best of Spoon and a summer tour opening for “The Night Running” amphitheater tour, with co-bill headliners Beck and Cage the Elephant, it felt like Spoon was poised in 2019 to step up to the next level. A new single, “No Bullets Spent” was fairing well on the radio, Spoon played a great rockin’ set on the road, and Britt Daniel, the band’s singer/songwriter, held his own nicely when invited out for the final encore with Beck and Matt Schultz. It seemed the band was set up to make a big move with their next album, but then everything shut down for nearly two years.

With Lucifer On The Sofa, Daniel and the rest of his Spoon mates sound primed to make up for lost time with ten solid tracks that display the breadth of their songwriting talent, while rocking hard out of the gate. Late in 2019, the band convened at a recording studio in Austin, TX, where they had gotten their start, with producer Mark Rankin, who’d worked with Queens of the Stone Age’s last couple albums and their breakout single, “The Way You Used To Do.” Together, Spoon hits it hard from the start, with a big, brutal guitar sound from Geraldo Larios and Daniel set to crisp, punchy rhythms that breathe with life, creating a sense of sustained intensity in the opening track, “Held,” that carries through the disc’s first single “The Hardest Cut,” which strikes a balance between a catchy melody and a hard-hitting rock energy.

Drummer Jim Eno, along with Daniel, the band’s other original member locks down a steady, driving beat for “Wild,” while “Feels Alright” has a big bold James Bond theme energy before it settles into a danceable R&B in alongside the funky rockin’ beat, with the feel of a big horn section and piano that ring out. “On The Radio,” “The Devil and Mr. Jones,” and the set closing title track, lean on big classic rock grooves, with occasional hints of that Steely Dan vibe that you could hear on 2017’s Hot Thoughts and the single of the same name, as keyboards flirt with a horn section. And without sacrificing any of their rock swagger and alt rock authenticity, Daniel leads the band into some smart pop songs where he can “sing my heart out, beat my chest” for “My Babe.” While in the spacey “Satellite,” he soulfully declares “I love you more,” in the golden 70’s era pop balladry of “Astral Jacket,” “in the blink of an eye you can be so fine/you can lose all track of time,” it’s just that good. Actually, everything on Lucifer On The Sofa is just that good; this tenth studio album from Spoon may well be the strongest and most compelling collection of songs in an already very strong catalog.

Spoon’s time may have finally arrived.