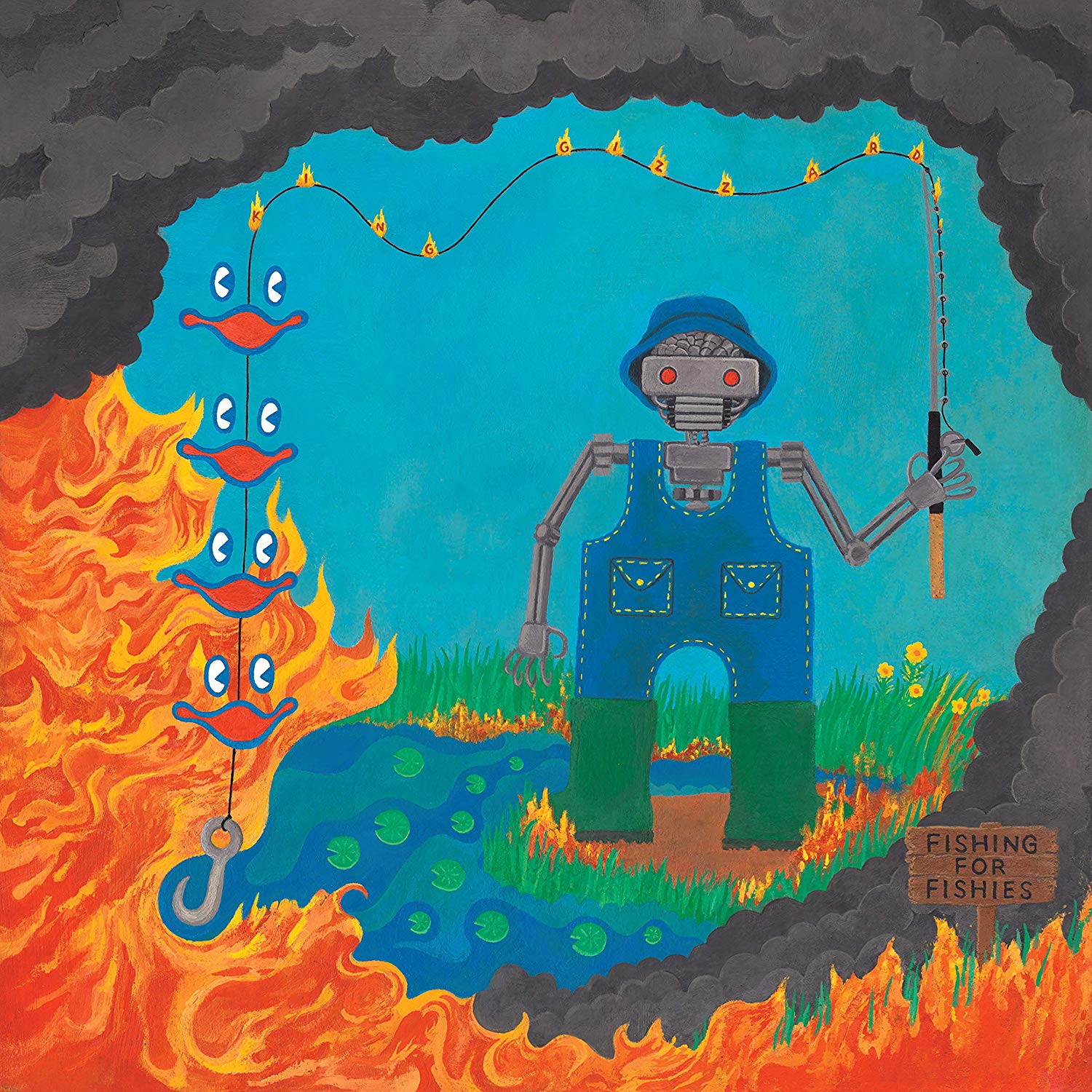 Who: Australian neo-psych wizards King Gizzard are back with their 14th long player.
Sound: 70′ warm jamming sound laced with harmonica and some electro Devo rhythms.
TFN Final Take: King Gizzard & The Lizard Wizard have returned with their fourteenth album since their 2012 debut – and it is their first since releasing five very different albums in 2017. Honestly, the diversity of King Gizzard is what has always been a draw to this group because they have never made the same album twice. Guess what? Fishing For Fishies continues that trend as it is not like any previous releases although it does have elements of the breezier moments that you could find on 2015’s Paper Mache Dream Balloon. The overall record is very loose and laid back.
This relaxed spirit hits you right away when the title track opens the album which has a 70’s freedom rock sway which is followed by “Boogieman Sam,” that brings back that classic warm ride of The Allman Brothers or Blackfoot. The track has an extra southern ring with the consistent foot tapping harmonica in the background. This retro party plays itself through the first half of the album until “Reals Not Real” launches the catchiest riff on the entire record – maybe in the entire King Gizzard collection. The song quickly switches to a singer/songwriter on a keyboard tune before moving back into the riff. King Gizzard have a knack for this quick tempo switch and it is on full display here as the song ends feverishly with the bass riff, some pounding of the ivories and the return of the harmonica.
Some may call this record boring when you compare it to some of their harder themed material found on Nonagon Infinity (2016), I’m In Your Mind Fuzz (2014) or Murder Of The Universe (2017) but just because King Gizzard isn’t going off the rails on Fishing For Fishies doesn’t mean that are not pushing their envelope. “Acarine” goes completely techno on its last two minutes and the closer “Cyboogie” is a funk driven moog fest that brings in some Devo elements for a fun and wild ending.
Basically, if you have a been a fan of King Gizzard this record once again will give you something new to absorb. I do believe that Fishing For Fishies is not as immediately satisfying as some of their earlier material but the more I listened the more I found those quick transitions that make King Gizzard special. At the end of the day, if this outing does not grab all of your senses – don’t worry – I am sure King Gizzard will be back soon with something once again that is completely different. And that is totally ok!
King Gizzard & The Lizard Wizard Website
King Gizzard & The Lizard Wizard Facebook
ATO Records
Flightless Records
-Reviewed by Christopher Anthony