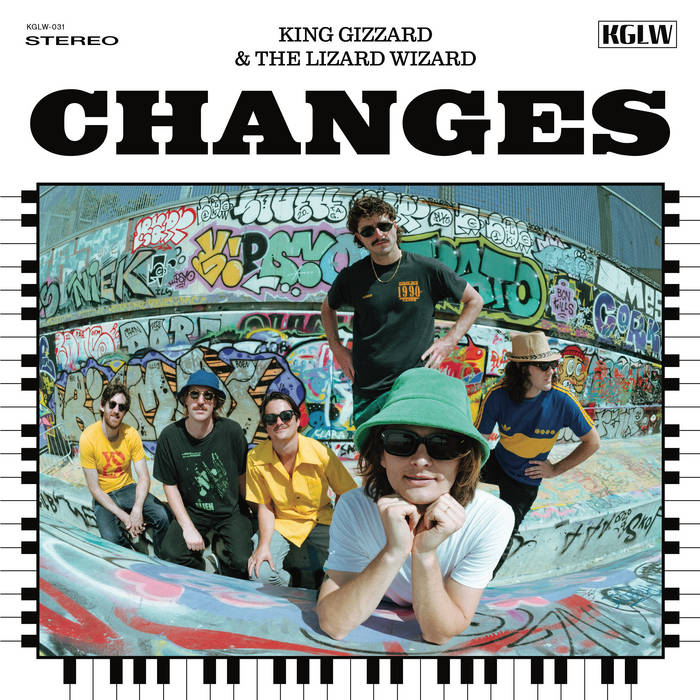 Changes wraps up King Gizzard and the Lizard Wizard’s trilogy of new albums released in October 2022, and it’s the hardest to categorize of the three. While Ice, Death, Planets, Lungs, Mushrooms and Lava (IDPLML) and Laminated Denim felt very similar in their jammy, psych-prog explorations, Changesbreaks the mold by bringing in both the band’s pop sensibilities as well as their penchant for experimentation.

The core of the album is the monumental opening track, “Change,” which the band takes in numerous directions throughout its 13-minute duration. The album’s conceit is that each of the subsequent six tracks is built from a section of “Change,” but unless you were paying extremely close attention you probably wouldn’t be able to tell. The band reshapes each motif so thoroughly that it becomes its own unique statement, running the stylistic gamut from warm 70s R&B tones to psychedelic sunshine pop and (returning from Timeland and Omnium Gatherum) hip hop.

It all comes full circle with closing track “Short Change,” which more explicitly returns to some of the opening track’s musical themes. It makes for a satisfying end to both the album and the trilogy, showing that the band hasn’t lost any of their willingness to experiment with new ideas. Changes isn’t as immediately appealing as it’s predecessors, but after a few listens the layers begin to unfold, with the intricate structure and meticulous arrangement guaranteeing its replayability. It’s one of the most interesting records the band has put out in a while, and for an outfit as prolific as King Gizzard that’s no small feat.