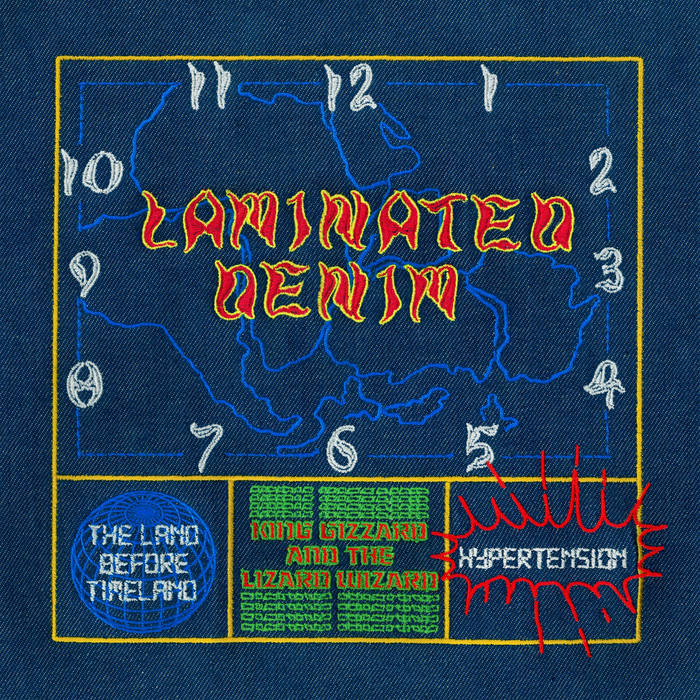 Laminated Denim is the second album King Gizzard and the Lizard Wizard has released this month, and we’ll cut to the chase: if you liked the previous album (Ice, Death, Planets, Lungs, Mushrooms and Lava), you’ll like Laminated Denim too. The album is billed as a sequel of sorts to Made In Timeland, their first record released in 2022, and like that album contains only two songs, each exactly 15 minutes long. But while Timeland experimented with a more electronic sound and was designed as intermission music for the band’s festival of the same name, Laminated Denim was borne out of the same lengthy jam sessions that produced IDPLML, and the overall feel is similar.

The music slowly blossoms as each track unfolds, layers of guitars and keyboards weaving melodic lines beneath Stu Mackenzie’s familiar falsetto. While IDPLML felt proggy, jazzy, and funky at times, Laminated Denim’s jams are more psychedelic, with Michael Cavanaugh’s motorik krautrock beat anchoring the rest of the band’s explorations. Fans of “The Dripping Tap” from Omnium Gatherum (also released this year) will find plenty to love here, as both tracks feel like natural extensions of that song’s ethos. It’ll be interesting to see if Changes, the final album of this October triptych, follows a similar pattern or switches up the formula entirely. Fortunately, we won’t have to wait much longer to find out!