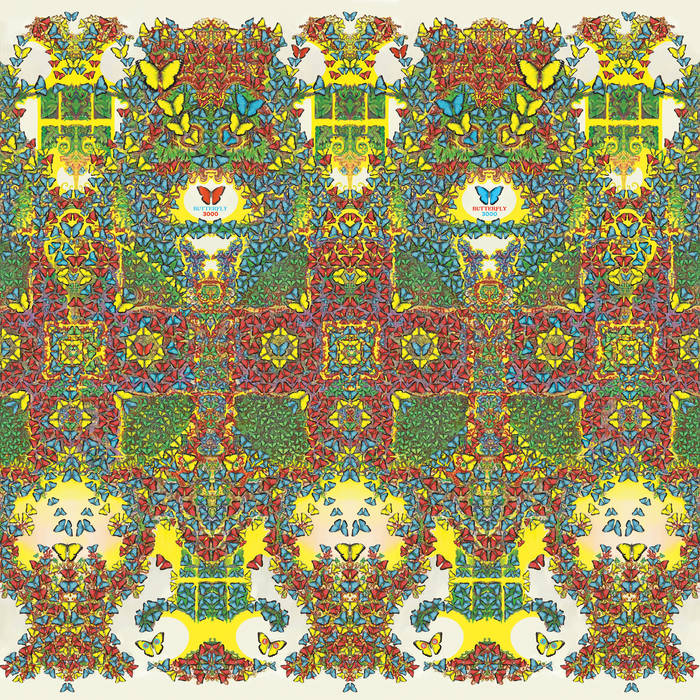 If you have been with the Fire Note for a while, I feel like King Gizzard and the Lizard Wizard is a band that needs no introduction. Ever since 2014’s I’m In Your Mind Fuzz we here have been huge fans. One of the most prolific bands in music today, there isn’t many genres that this band hasn’t touched: psych rock, Gregorian throat chants, thrash metal, microtonal tunings, jazz, conceptual prog, acoustic folk, surf rock, etc… Marking their third release in a year- the first two being K.G. and L.W., what fans refer to the Gizzverse, has continued to grow. Butterfly 3000 is an obscured and mesmerizing synth psych journey that takes arpeggiated loop influences from the bands first concert film, 2020’s Chunky Shrapnel.

Butterfly 3000 has the group bucking their pessimistic tones from somethings that produces more joy and hope. It also has the band working within the confines of a box. In the production of this album that group agreed to limit the use of guitars. If you’re expecting a bit of a sequel to 2015’s Paper Mâché Dream Balloon then you must look elsewhere. This album actually shares more conceptual DNA with works like Nonagon Infinity and Murder of the Universe. The album itself actually has two versions, the full album as one track, or the album with individual tracks and song titles. No matter what you listen to, it’s still the same effect but, the artistry of the album is that each track conjoins with one continuous play. “Yours” starts the album with joyous synths, bouncing bass, and the classic “Woo” that fans might have not heard in a while. “Shanghai” floats with its Asian inspired themes at the synths climb and climb. “Blue Morpho” takes a bit of a Thom Yorke-ian turn with a beautifully assembled “Pyramid Song” rise. “Interior People” goes zen with flashes of the Taj Mahal and its’ rose gardens.

What really works for Butterfly 3000 is the fact that it’s Gizzard’s snappiest and quickest effort to date. The subtle transitions from “Black Hot Soup” to “Ya Love” and final track “Butterfly 3000” all punctuate the album. Gizzard has been a band that has worked in two spaces, a band that loves to make music and a band that loves to flirt with interesting concepts and themes. Butterfly 3000 is a nice 50/50 split that has the group sounding tight and light while balancing an overall concept. The year in which this was created only adds to the awe, and the album is just better for it.