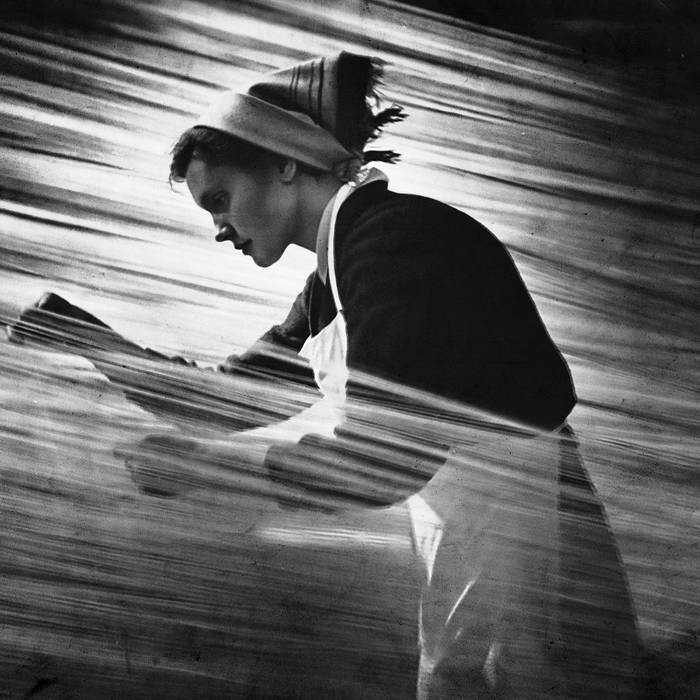 When Jack White released the hard-hitting rock album Fear of the Dawn, back in April, he promised a second “folk” album was just months away. And for those of us who were curious what White meant exactly by the term folk – was this going to be Woody Guthrie meets Pete Seeger minimalism, or something more akin to White’s past work? – the former White Stripes’ guitarist and singer delivered the first single, “Taking Me Back,” with the B-side of the vinyl including the acoustic version of the same song, “Taking Me Back (Gently),” which closes out the newer album, Entering Heaven Alive. On this version of the song, White strums an acoustic guitar in a lively, yet distinctly Eastern European folk rhythm while the dominant violin of Fats Kaplin provides a gypsy-dancing-around-the-campfire exotic flare. There’s also a fun jazzy piano break from Cory Younts, and some great guitar and upright bass (Dominic Davis) interplay, but the credits don’t indicate if the intricate acoustic solo is played by White or guest player Pokey LaFarge. So, as we were prone to expect, Jack White’s version of folk music likely means less electric guitar, while taking an expansive and inclusive view of other musical influences.

The album begins with a piece of folk wisdom, that if you “ask yourself if you are happy, then you cease to be,” which he offers up as “A Tip From You to Me.” The underlying learning is that peace and happiness can’t come from others, it can only come from within, even if that leaves one asking “will I be alone tonight?” Here, White plays acoustic guitar and sings, but the song’s melody is carried on piano by Mark Waltrous. Piano plays a major role throughout the album, played on four other tracks by Quincy McCrary, who’s playing displays an affinity for jazz and gospel. White uses the electric guitar sparingly, on only three tracks. In “All Along the Way,” he juxtaposes his lead lines against the Hammond organ, also played by White, who actually plays all the instruments on this track. The song’s lyrics describe a loving couple making their way through a challenging world with the vocalist expressing the belief that “We’ll find our way/We’ll have love, our love/All along the way.”

In “I’ve Got You Surrounded (With My Love),” White’s electric guitar harmonizes with his lead vocal, then adds a jazzy solo over the crisp, R&B vibe provided by the piano and rhythm section. In one of the album’s singles, the ballad reflection of “If I Die Tomorrow,” White uses a Mellotron to deliver a violin tone, but then plays the album’s best, if brief guitar solo. For the earlier single, “Love Is Selfish,” White goes all the way back to basics, playing and singing over a lone finger-picked acoustic guitar, while the quirky “Queen of the Bees,” finds White imitating a vibe sound on a Mellotron and Hammond Solovox over a subtle march beat. For the dramatic “A Tree on Fire from Within,” which again finds White playing all the instruments, the song relies largely on the interplay of piano chording against a rolling bassline that acts as a lead instrument at times. Clearly, this is the widest possible definition of folk music.

The most orchestrated track here is “Help Me Along,” which brings back the violin of Fats Kaplin, and a variety of piano and string parts to support White’s emotional vocal delivery as he pleads to “let me show you my love in the palm of your hands.” While White has notoriously gone to great lengths to hide behind manufactured personas in the past, here he sounds utterly sincere and vulnerable. Since the end of White Stripes, and quite apart from his work with bands the Dead Weather and the Raconteurs, over the course of now 5 solo albums White has worked to expand his creative options and worked hard to not repeat himself. On Fear of the Dawn, White sought to create a heavy, hard, near-metal sound built on big, noisy rock chords, while striving to break new ground. Similarly, here he’s turned down the volume but worked to create something uniquely his own, and the result is one of his strongest collections of songs in many years.

…And You Will Know Us By The Trail Of Dead: XI – Bleed Here Now [Album Review]