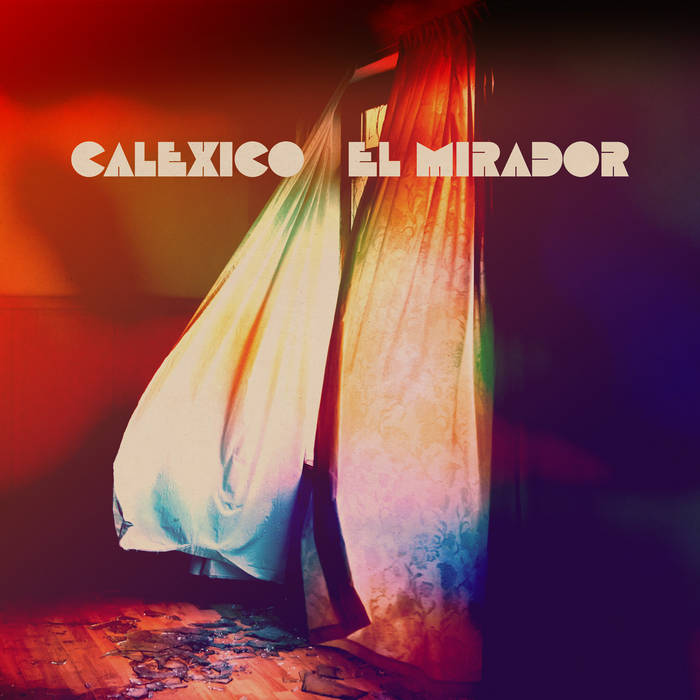 When Calexico’s primary members and writing team, Joey Burns and John Convertino convened in Tucson at the home studio of their keyboard player Sergio Mendoza last summer it may have seemed unlikely that the rock press would be discussing an 18 year old album track off their Feast of Wire album by the end of 2021. Turns out that not only did Robert Plant and Alison Krauss record “Quattro (World Drifts In),” but it’s the lead track on their much-delayed follow-up to their hugely successful 2007 album, Raising Sand. In interviews Krauss said that previous attempts at a sophomore album from the duo hadn’t worked out, but when she heard the Calexico track, she and Plant found fresh inspiration to bring to Raise The Roof in the band’s melding of Latin music influences with rock and Americana.

The city from which Calexico takes its name sits on the border of Mexico in California, and here on the band’s 10th studio album you can hear the desolate emptiness of the SW’s deserts and the co-mingling of cultures and musical styles that gives this band it’s distinctive sound. In a total embrace of the music from south of the border, El Mirador is full of cumbias, mariachis with full horn instrumentation, and a host of other Latin rhythmic influences, even in the lovely Americana country/pop feel of “Harness the Wind.” And when the full band adds their instruments from a variety of distant locations in Europe and Mexico to these sturdy foundations you hear plenty of rock guitar, pedal steel, trumpet and additional percussion in the mix. There’s a truly global world music feel throughout, the majority of the album was mixed under the supervision of Tucker Martine in Portland, Ore.

A case in point is the opening title track, a slower cumbia rhythm about the pull that brings a traveler back home, “Listen for the beacon/Calling you back/That buzzing in your corazon (heart).” The song features Tom Hagerman (Devotchka) on violin, Stefana Alessandro on electric guitar, banjo and lap steel, and Gaby Moreno singing backing vocals. In the bright danceable “Cumbia Peninsula,” they include a rocking chorus, supported by Spanish vocalist Jairo Zavala, while in “Cumbia del Polvo,” they add modern electric beats with an assist from Camilo Lara, who adds a deep DJ vocal. In “The El Burro Song,” they embrace the full mariachi feel, right down to a making a guitar “hee haw” sound like a donkey, it’s good fun and fits the album well.

Providing a very different feel, the darker, plaintive jazz of “Turquoise,” with its haunting, distant trumpet by Jacob Valenzuela, and some smart bluesy guitar presumably by Brian Lopez. Two more Americana singer/songwriter tracks, “El Paso” and “Then You Might See” lean more to Southwestern country rock sounds, written by poet Pieta Brown, while “Liberada” brings a variety of Latin percussion to the singalong horns chorus, and the faster country feel of “Rancho Azul” gives you the full American SW experience. El Mirador is a very strong outing for Burns and Convertino & Co., exposing American rock fans to a larger, more colorful musical palette.