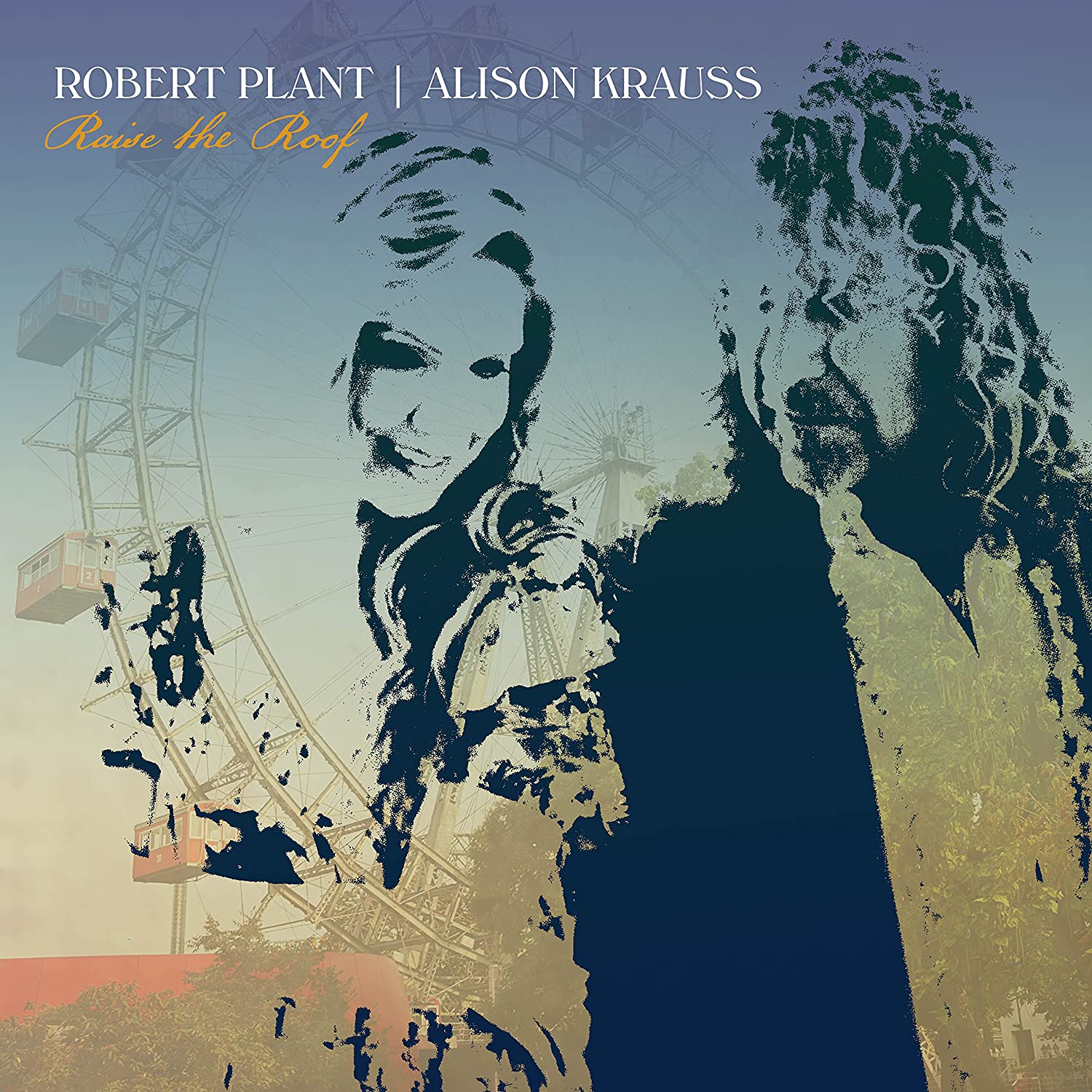 The huge success created by the first collaboration by Led Zep rock howler Robert Plant and Americana/bluegrass darling of the Grand Ol’ Opry Alison Krauss was so counterintuitive that once they’d picked up their 6th Grammy Award for Raising Sand, “Album of the Year” for 2008,” it was not uncommon to hear music journos and cognoscenti opining that their cross-genre appeal was a foregone conclusion from the start. The unique combination of these two disparate singers, made all the more otherworldly thanks to T Bone Burnett’s haunted, atmospheric production, creates a strange alchemy that utterly decimates all expectations, creating music that, while enmeshed in the roots music of bygone eras, opens up fresh vistas that sound both fresh and relevant.

Krauss and Plant toured with Burnett and the Raising Sand band through 2008, and then did the logical thing and went back into the studio to see if lightning might strike twice in the same place, but it didn’t feel right to return so soon. In 2010, Plant released his Band of Joy album with Buddy Miller playing guitars and Patty Griffin singing harmony vocals, and by 2011 Krauss had hooked back up with her Union Station bluegrass players and released Paper Airplane. Over the next decade the singing duo have reported staying in contact, often exchanging obscure songs that they might consider for a future reunion. But finally, it was hearing the Calexico track “Quattro (World Drifts In)” that convinced Krauss it was something that she needed to sing with Plant that pulled them back to Burnett and the recording studio in late 2019.

That track opens, “Raise the Roof,” with Plant and Krauss singing the verses in harmony, over the acoustic rhythm of the Mexican jarana played by Los Lobos’ David Hidalgo, the steady drum beat of Jay Bellerose, the echoing electric harmonics of guitarists Marc Ribot and Bill Frisell mixing with the pedal steel of Russ Pahl. While not entirely unfamiliar from the Calexico original, Burnett and company have taken everything about this very good song to the next level, especially the vocals of Krauss and Plant. And so it goes, Krauss sings the verses of the Everly Bros.’ “The Price of Love,” then the two harmonize on the slowed down verses, stretching the rhythm to a long, languid reflection on the lyric’s suggestion that “It costs you more when you’re to blame.” And again, this time with Plant singing the verses of Anne Briggs “Go Your Way,” adding the phrase “Woe is me,” before joined by Krauss on the choruses. It seems each and every time, they take a good song, and then reshape it, extending the best bits, delivering it with their own unique spin, and make it better.

Burnett’s stable of reliable players return from working on Raising Sand, including Bellerose, who drums regularly on Joe Henry projects and with Band of Sweethearts who’ve supported Over the Rhine, and guitarist Ribot who play on every track here. Hidalgo and Frisell guest on the track above, and again on the rockin’ rockabilly feel of “Can’t Let Go,” Buddy Miller shows up to play on Allen Toussaint’s “Trouble With My Lover,” with Dennis Crouch on bass. Burnett adds guitar and harmony vocals on “Searching For My Love,” and he co-writes with Plant and plays on one of the album’s most electric moments, “High and Lonesome,” the most reminiscent of a Zeppelin track.

Krauss shines on “It Don’t Bother Me,” and a melancholy take on Merle Haggard’s “Going Where the Lonely Go,” while her harmony vocals with Plant continue to amaze. On the whole, “Raise the Roof” manages to meet the high expectations that come from the hugely successful debut, while taking the music both deeper and as the title suggests bigger at the same time. The album closes with the big, driving beat of the gospel leaning “Somebody Was Watching Over Me,” with Burnett and Lucinda Williams singing backing vocals, with a fun piano run through the middle of the track by Jeff Taylor. But, again, it’s the unique blend of Alison Krauss and Robert Plant’s voices, their and Burnett’s knack for finding just the right musical elements to orchestrate the strange alchemy that brings the familiar to life with utterly unique results that prove to be pure gold.