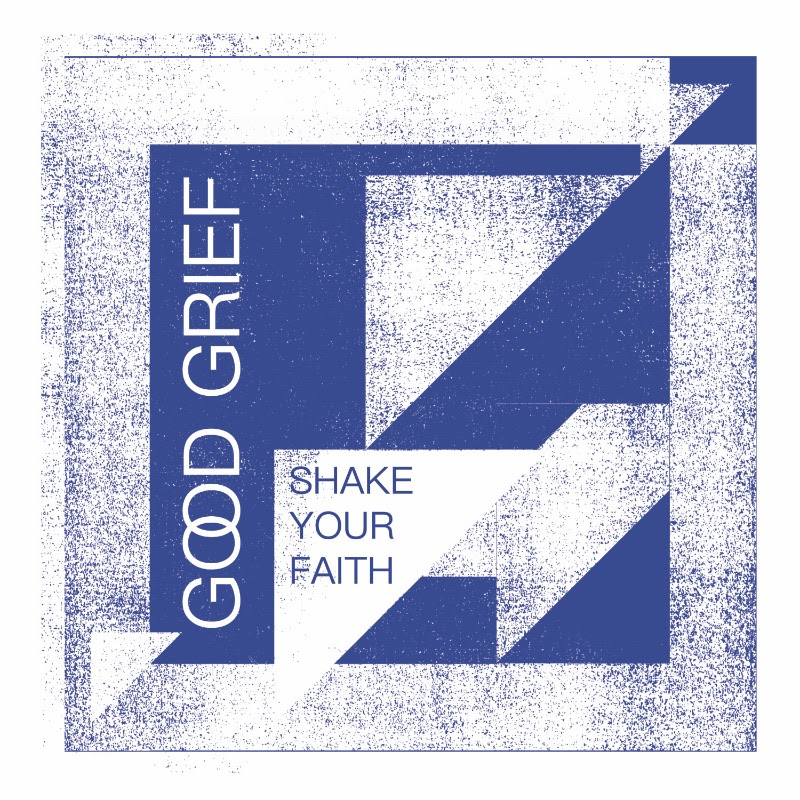 Liverpool band Good Grief formed in 2012 by guitarist/vocalist Will Fitzpatrick, bassist/vocalist Paul Abbott and drummer Matiss Dale. The band released a handful of singles until around 2015 when the group became more inactive minus a few occasional dates playing out. Good Grief fully reactivated in 2018, and spent 2019 working on and off on what would become Shake Your Faith. The delay of its release until now is the same COVID story, but it honestly does not matter as Good Grief plays a solid style of indie rock that soared big in the 90’s.

The giant forward guitar and drums are supported with plenty of hooks that will quickly have you comparing Good Grief to groups like Jawbreaker, Sugar and Superchunk. The band continually hits you with waves of noisy guitar greatness while the drums come through loud and clear. With this classic structure, the music is very straightforward but Good Grief’s melodic layered hooks are what really makes them stand out. This formula has always been memorable and Good Grief nails it, as each track here is easy to sing along with after just one spin.

Some punk, some indie, some rock and 100% heart and effort. Shake Your Faith is gritty when it needs to be and smooth around its edges. Big anthem songs like “The Pony Remark” are the constant here as the track contains smart tempo shifts and big all member vocal harmonies. The vocals always come in right above the feedback and on a track like “Hatches,” Good Grief shows that they can also flex a bit with their instruments and crunch you with their wall of sound during a solo but at the same time, close the record with the stripped down “Kissing Through Curtains,” which features former Town Bike vocalist Sarah Maher in the background. It is this balance that keeps me coming back to Shake Your Faith and should have Good Grief on your next Bandcamp Friday purchase list!