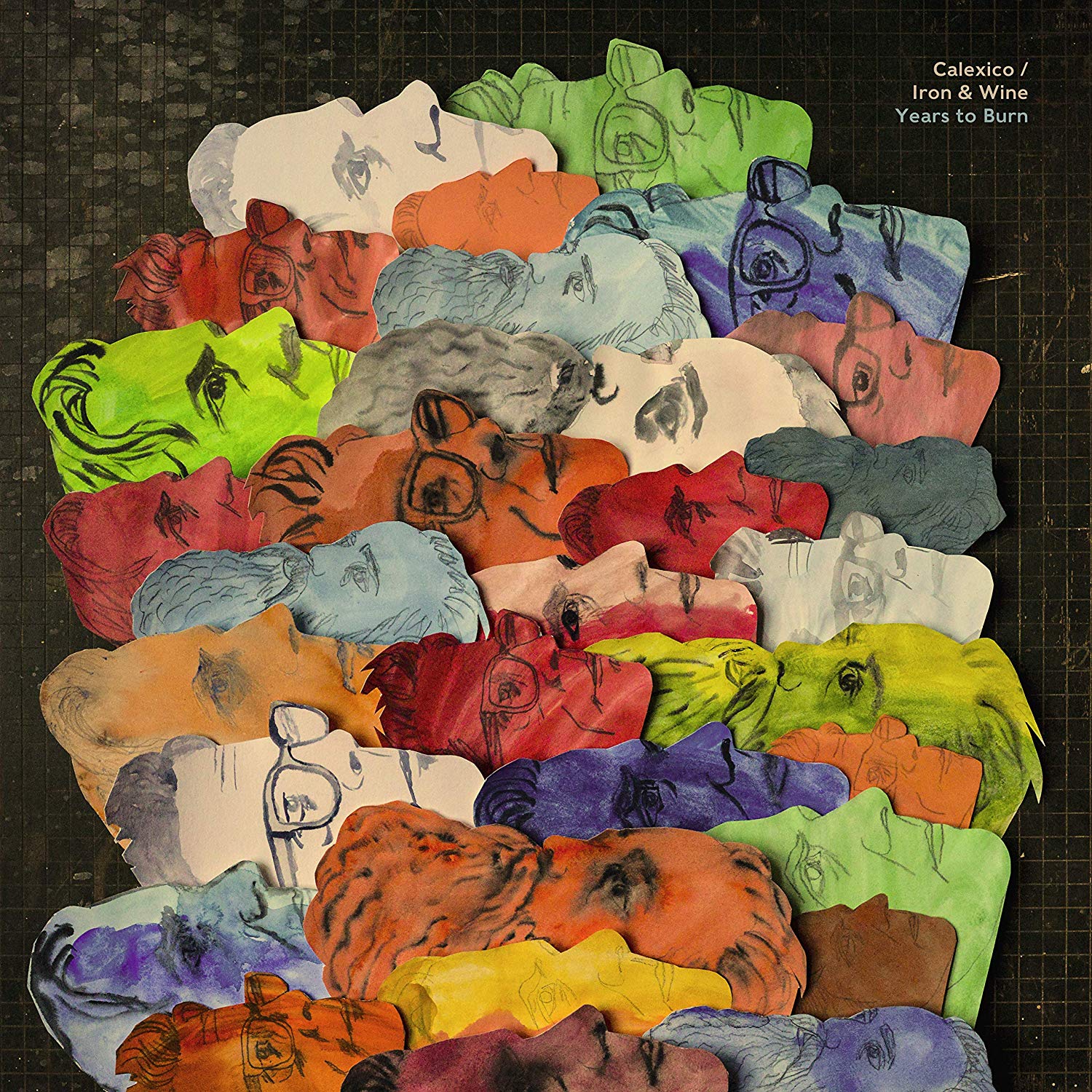 Who: Sam Beam’s Iron & Wine and Calexico have a long musical resume that includes their 2005 album together, In The Reins.
Sound: Smooth indie folk with intricate instrumentation that falls in line with both artists catalog and fans of Bon Iver, Bill Callahan and Bonnie “Prince” Billy.
TFN Final Take: It is crazy that it has taken 14 years for Iron & Wine and Calexico to officially pair up for a follow up after their solid debut mini-album, In The Reins (2005). The pairing of these talented musicians has always made sense as their style, substance and execution have a very similar synergy. Given that knowledge and if you have checked out anything from either Sam Beam and Calexico before, Years To Burn delivers exactly what you would expect.
The smart and catchy soft vocal of Beam drives this album with a multitude of musical complexity going on in the background. That connection and expansion of sound is what grows this collaboration from their 2005 recordings. Tracks like “Father Mountain” and the opener “What Heaven’s Left” could easily fit onto an Iron & Wine record but when you hear the instrumental “Outside El Paso” and the over 8-minute “The Bitter Suite” you clearly recognize what Calexico bring to this partnership.
Overall, some longtime fans might want to hear a little more pep in this record as there is an overall more laid back subdued tone to this album. Honestly, I believe Years To Burn captures where these two artists are today. The sophisticated delivery here would not have been possible 14 years ago because the record really brings a very modern stance and utilizes the current wisdom of everyone involved. Basically, if you already are into either group here, Years To Burn will play well for your ears!
Iron & Wine Website
Iron & Wine Facebook
Calexico Website
Calexico Facebook
Sub Pop Records
– Reviewed by Christopher Anthony

Good Shade – “Must Have Been” [Video]