Bill Mallonee: Here It Opens With A Prayer, But It Closes With A Song [Album Review] 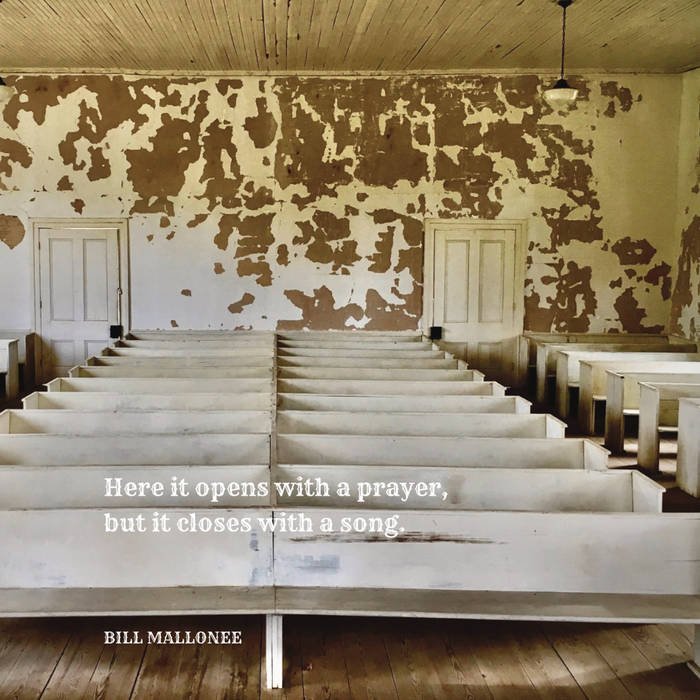 Bill Mallonee
Here It Opens With A Prayer, But It Closes With A Song
Self-Released [2022]

Bill Mallonee may not be a household name, but he’s been making music for over 30 years, a decade leading the Athens, GA band Vigilantes of Love, and 20 years producing indie rock, folk/rock, and Americana as a solo artist. Currently living and recording in New Mexico, Mallonee is a prolific songwriter and together with his VoL output, he’s released 80 titles, many of his recent releases are do-it-yourself, home studio recordings where he plays most all of the instruments, various guitars, drums, harmonica and vocals, plus harmonies along with his wife, Muriah Rose. In his Athens days, one of Mallonee’s early classic albums, Killing Floor was co-produced by R.E.M.’s Peter Buck and the late (great) Mark Heard. Near the end of the band’s career, likely their strongest band collection, Audible Sigh was produced by Buddy Miller. These days, Mallonee is a one man, self-contained music enterprise, like many other artists, writing, performing, recording, manufacturing physical product, developing art, etc. and handling his own promotions.

In 2020, Mallonee released two companion albums, Lead On, Kindly Light and This World & One More, which together incapsulated in 23 elegantly recorded tracks, how Mallonee’s sound and approach has adapted in recent years. Always showing signs of Neil Young’s influence, these days Mallonee’s work runs much closer to old-school country sounds, with lots of lap steel and plenty of twang in those guitars. In the 14 new tracks here, Mallonee’s songs reflect the pain and struggles of this current time, where the machinery of the world rolls right over the lives of everyday people; many of us feeling that the powers that be have been ”Taking Us All For a Ride.” But as he sings in “Hearts Up On the Gallows,” we may feel as if we’re little more than grist in the mill, we’ve “still got a song or two to sing.” It’s the fight for dignity and meaning, while working women and men struggle to make each day count, that fuels the folk in the stories Mallonee’s songs tell.

The average song here is in the 5-minute range, so there’s plenty of room here for Mallonee’s guitars to stretch out a bit, and the result is genuinely engaging. These tracks may have been meticulously planned out, so that Mallonee could map out the rhythms and individual guitar parts and solos, but the result feels like you caught a bar band in some road-side honky-tonk, and the band tends to extend their songs because they enjoy playing, the sound they’re making together. One thing that Mallonee’s careful not to overdue is his melodic use of harmonica, it shows up here and there, and always feels like a potent addition, whether showing up briefly in a track like “’Til Your Heart Got In the Way,” blended integrally alongside the lap steel in “Rough Patch,” or the it’s woven into the closing, mostly acoustic track, “Whatever Is Left of Me Now.”

There’s plenty going on here, that longing the fuels the desire to “steal your heart” in “Perfect Crime (Baby, I’m Feeling Lucky This Time” to the bar stool confession of “Musta Been the First Thing Come Into My Head,” which provides the album’s title: Here It Opens With a Prayer, But It Closes With a Song. As with any artist, there’s a certain sameness that settles in with Mallonee’s music once you’ve gotten use to the flow of his approach, it’s the intricacy in this musicianship, and the poetic insights in his lyrics that hold your attention, and after a while it’s like listening to an old friend telling stories.