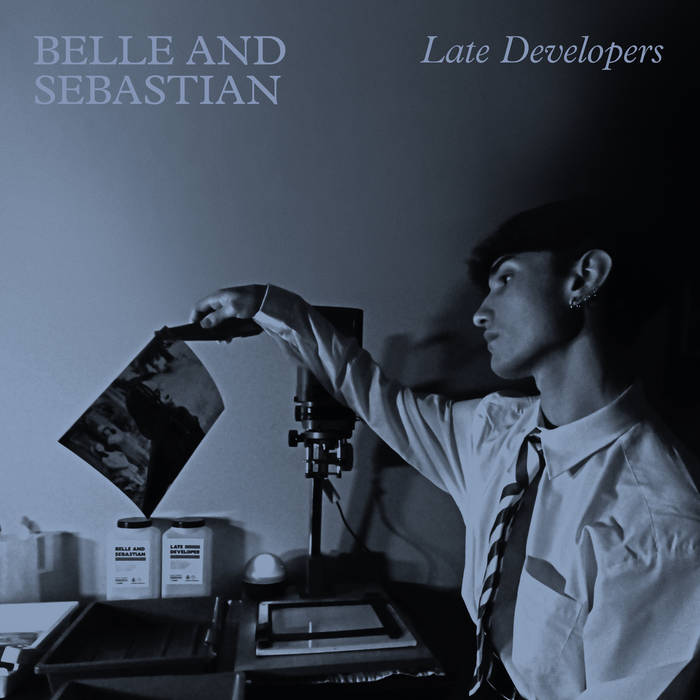 When novelist Nick Hornsby wrote that “Sentimental music has this great way of taking you back somewhere at the same time that it takes you forward, so you feel nostalgic and hopeful at the same time,” he tapped into a vibe that runs close to the surface in the accessible pop chorus leanings of Scottish indie/rock collaborative, Belle and Sebastian. There’s an air of familiarity here on the band’s 12th full-length album, reportedly recorded at the same sessions that led to the release of A Bit of Previous last year. As that title suggests, B&S have been exploring the creative possibilities in bright, melodic pop/rock since forming in the late 90’s, elevating the music’s catchy hooks with smart, literate lyrics that give voice to the anxieties and spiritual longings of the time.

While 2019 saw the release of the album soundtrack from Days of the Bagnold Summer, we hadn’t heard a full-length release of original music from Belle and Sebastian since 2015’s Girls in Peacetime Want to Dance, which may explain the burst of post-pandemic creativity that led to two releases in just 8 months. The new one’s first single, “I Don’t Know What You See in Me,” finds the band at the top of their game, a solid synth-pop dancefloor-friendly rhythm with a fast catchy chorus brought to life by the harmony vocals of Stuart Murdoch and Sarah Martin. Arriving late in the second half of the album, it’s followed by a song that appears to follow the male vs. female perspective on the 80’s hit, The Human League’s “Don’t You Want Me,” with Murdoch and Martin trading verses about a love after the initial fires have died. They are questioning if the relationship is worth sustaining, both waiting impatiently “for the phone to ring.”

“When the Cynics Stare Back from the Wall” has a bit of folk/rock nostalgia that it comes by honestly, as it was written pre-B&S in 1994 and is performed here in duet with Tracyanne Campbell of the band, Camera Obscura. While Belle and Sebastian have embraced the catchy pop song framework that in the past offered up the fantasy that “love cures all ills,” they insist on telling the harder truth that “everyone we know, every boy and girl, each one is a misery.” And while the love song single admits “I Don’t Know What You See in Me,” they aren’t “’bout to give up on you,” because as the rest of the album is keenly aware: time is short when “we’ve got kids and dystopia.” In the panic attack that fuels the memory of “When We Were Very Young,” the protagonist wishes he could be content with life’s compromises and limitations because time is limited.

In the fun girl group pop feel and sweet guitars of “Give a Little Time,” we’re advised to “embrace the love, erase the hate,” while the early Who pop vamp of “So In the Moment,” leaves us wishing we could “jump in like Paul McCartney and Wings/‘I feel like letting go.’” In the funky bass groove that drives “When You’re Not With Me,” we may count the cost, acknowledging that “I don’t know how much longer you can stay around,” but still hope we can “come back to where it began,” because “you’re my shelter from the weather.”

Belle and Sebastian’s players bring a wide spectrum of musicality to their soulful musicality throughout, tapping 80’s and 90’s pop nostalgia while reshaping the sounds with an ear for contemporary tastes. From their synth-pop and dancefloor excursions to the folk/rock harmonies with string and horn sections providing lush beds for the vocals. Life is complicated, to be sure, but B&S’s music creates a connection that lifts one’s mind from immediate concerns, while pointing toward all the as-yet unrealized possibilities. On Late Developers, the songwriters and musicians conspire to create musical celebrations that put life in perspective while reminding the listener why it’s worth staying fully engaged, feet on the dancefloor, eyes on the promise of a new day on the horizon.