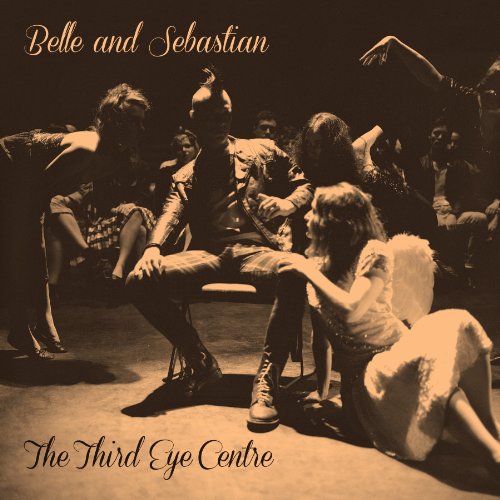 Fire Note Says: Second collection of B-Sides and stray tracks presents an interesting alternate look at the past decade of Belle and Sebastian’s career.
Album Review: When I heard that the new Belle and Sebastian album, The Third Eye Centre, was going to be a collection of b sides and outtakes, I got pretty excited. Their 2005 compilation of b sides, Push Barman to Open Old Wounds, is still my “go to” record from the band, and I was hoping for more of the same magic from The Third Eye Centre. This particular collection covers their Rough Trade years which began in 2003 with Dear Catastrophe Waitress, moves on to 2006’s The Life Pursuit, and finishes with 2010’s Write About Love. Write About Love never fully gelled with me, but the other two albums stand with their finest work in my estimation.
Whereas Barman played like an alternate Greatest Hits album from the band, The Third Eye Centre plays more like what it is, a collection of stray tracks and outtakes. My slight disappointment with the record has less to do with the quality of the music, and more to do with the fact that it’s just not filled with masterpiece after masterpiece. There are three dance remixes on the record that sort of blow up the flow for me. The album starts with a remix done by The Avalanches of the outstanding Dear Catastrophe Waitress song “I’m Cuckoo”. The remix itself is interesting and is the least dance oriented of the three tracks, but it’s a little but disorienting hearing it as the first song on the record, particularly since it’s one of their best loved songs of the past decade. The Richard X mix of “I Didn’t See it Coming” (which was the opening track from Write About Love) sounds like an 80’s dancepop hit. The melody is still sublime though, and overall it only bothers me a little. “Your Cover’s Blown” is a headscratcher for me, the remix by Miaoux Miaoux is not very good. They would have been much better served by putting the original version of the song on here (it is on the Books ep). 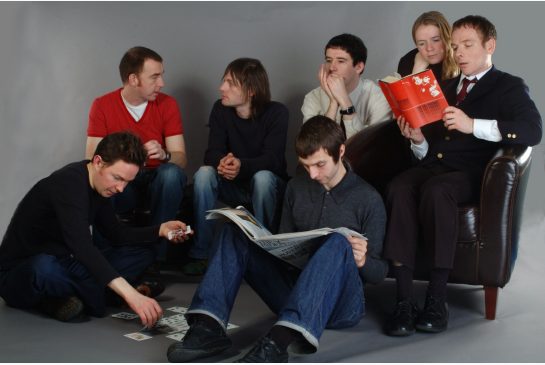 Having said that, there is still plenty to love about this compilation! “The Life Pursuit” should probably have been on the album that takes its name from this track, it’s a jaunty uptempo number, and Stuart Murdoch’s voice sounds dynamite. “Your Secrets” is another b side from the Books ep, and it’s a winner. “Passion Fruit” is sort of a spy movie instrumental that has a definite “Legal Man” sort of guitar riff. “The Eighth Station of the Cross Kebab House” finds the band dabbling in reggae. It’s a noble experiment, it doesn’t fully work, but it is interesting to hear them try something new.
All in all, this album is a solid collection of songs, and an interesting alternate look at the last decade of Belle and Sebastian’s career. It has a couple of duds on it, but I honestly plan on editing them out of the playlist. While not as strong as the band’s first compilation of b-sides, it’s still solid, especially if you are a longtime fan like I am. How many bands can say they have released two collections like this? Not many!
Key Tracks: “The Life Pursuit”, “Your Secrets”, “I Took a Long Hard Look”
Artists With Similar Fire: The Left Banke / High Llamas / Camera Obscura