Belle And Sebastian: Days Of The Bagnold Summer [Album Review] 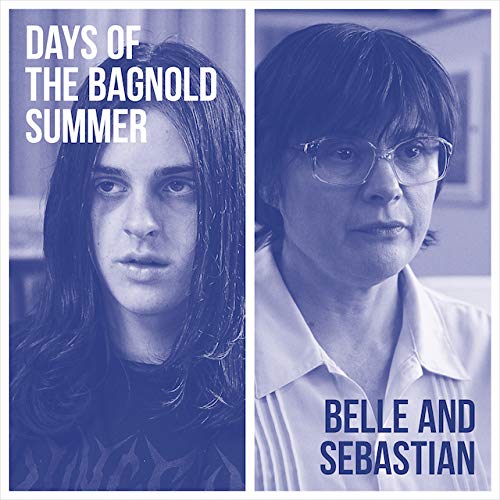 Belle And Sebastian
Days Of The Bagnold Summer
Matador Records [2019]

Album Review: Although it’s been four year since the last full-length album by the indie-pop/alternative band Belle and Sebastian, from Glasgow, Scotland, this new release might not qualify exactly as its latest release, as Days of the Bagnold Summer is a soundtrack album for the film of the same name. The film, described as a coming-of-age comedy, is the directorial debut of Simon Bird, based on a graphic novel that tells the story of a teenage boy forced to spend the summer break with his mother in the south of England. One has to imagine that harnessing one’s musical creativity in service of supporting the narrative of a film forced an artist to flex a completely different set of muscles than they might bring to creating new stand-alone music of one’s own, that grows out of your own life and experience.
For this project, the group’s main vocalist Stuart Murdoch and company have re-re-recorded a couple songs from previous albums. The pop/ballad “I Know Where the Summer Goes” first appeared on the band’s 1998 EP, This Is Just a Modern Rock Song, and the pop rocker “Get Me Away From Here I’m Dying” came from 1996’s If You’re Feeling Sinister. The album’s first single is more of a rocker, “Sister Buddha,” which appears twice on the album, the full-production number sung by Murdoch, and an acoustic, instrumental version opens the album.
Elsewhere, the rest of the album is made up of pop songs and instrumental tracks that were likely created to match particular moments in the film’s narrative. In an interview about the process of writing and recording for the movie, Murdoch mentioned “The Graduate,” so it will surprise no one that some of these songs feel like a Belle and Sebastian take on Simon and Garfunkel’s soundtrack for the Dustin Hoffman classic. “Did the Day Go Just Like You Wanted?,” “I’ll Keep It Inside,” and “Wait and See What the Day Holds” fall nicely in that acoustic vibe. “Safety Valve” is a bit of Scottish folk rock, with a bit of violin, while “This Letter” is a bit of jazz pop, but all the instrumentals, like “Jill Pole, “The Colour’s Gonna Run,” and the album closer “We Were Never Glorious,” which contains some spoken dialogue from the movie, seem designed to work primarily as backdrops to whatever’s going on in the movie rather than musical statements.
Fans of Belle and Sebastian will likely enjoy hearing these musicians apply their craft in this kind of collaborative effort, but given that four years have passed since their last full-length release, Girls In Peacetime Want to Dance, or satisfy themselves with the 3 EP’s released over the winter months of late 2017 and early ’18, How to Solve Our Human Problems (Parts 1, 2 and 3), along with the fine single version of “Sister Buddha.”
Key Tracks: “Sister Buddha” / “Get Me Away From Here I’m Dying” / “Safety Valve”
Artists With Similar Fire: Sondre Lerche / Magnetic Fields / Simon and Garfunkel
Belle And Sebastian Website
Belle And Sebastian Facebook
Matador Records
– Reviewed by Brian Q. Newcomb