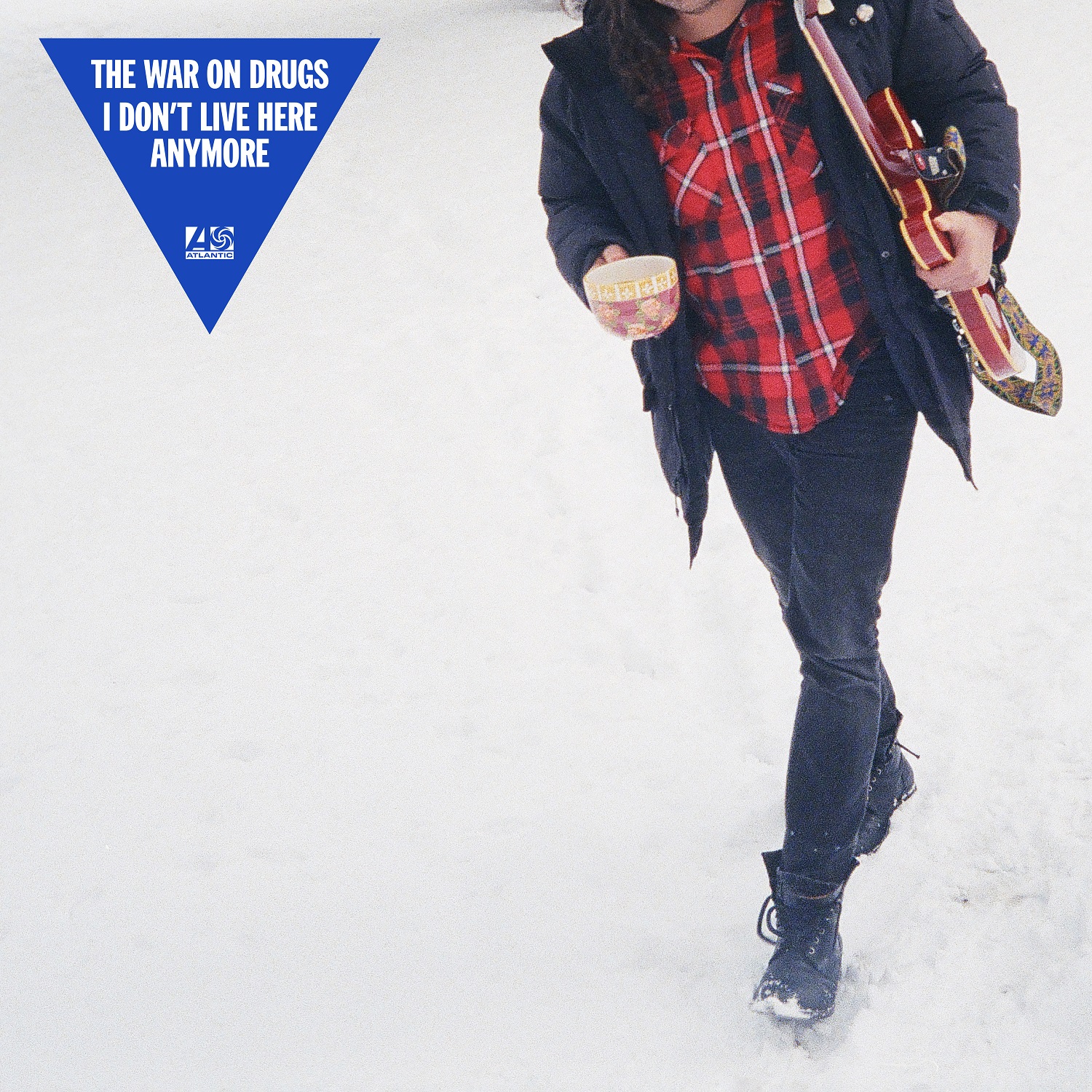 It’s hard to imagine a new release with more anticipatory buzz than this new studio album from The War on Drugs. Following the band’s break out 2014 album, Lost in the Dream, which solidified the bona fides of Adam Granduciel’s songwriting, the band’s cohesion, and the pristine sonic quality of their studio recordings, all of which shined all the more on the 2019 release, A Deeper Understanding, earning The War on Drugs the “Best Rock Album” Grammy. Even when the band released the double-CD live album Live Drugs last year, many of the features and interviews focused on Granduciel’s progress on the band’s promised next studio release and reputation for long hours in the studio in pursuit on seamless sonic perfection. That said, The War on Drugs, known for Granduciel wearing his classic rock influences on his sleeves, are not reinventing the wheel here on their fifth studio album, I Don’t Live Here Anymore, but rather have continued to hone and develop the band’s now signature, atmospheric sound.

The basic story is told in two singles. The first, the album’s opener, “Living Proof,” is a quieter, plaintive ballad filled with soul searching and longing. The protagonist declares, “I know the pain/the pain that you’ve been feeling,” only to conclude that “I’m always changing/Love overflowing/But I’m rising/And I’m damaged/Oh, rising.” Tapping a sonic template not far removed from the haunting tones of the darker, starker Dire Straits works, the guitar piercing the ethereal soundscapes of acoustic guitar, piano, and bell-like key sounds, much the way David Gilmore’s leads cut through the floating tones on latter day Pink Floyd recordings.

The second single is the album’s title track, where the guitars are ringing out with familiar classic 70’s and 80’s tones, the rhythm more urgent and pulsing, and Granduciel’s lead vocals form a call and response chorus fleshed out by the female vocal leads of the band Lucius, Holly Laessig and Jess Wolfe. The melody has a pop song sensibility, not unlike “Harmonia’s Dream,” earlier on the album, where there’s a resemblance to “Year of the Cat,” a pop hit by Al Stewart in ’76 with a sound shaped by producer Alan Parsons, no doubt one of Granduciel’s heroes.

The guitars continue to ring out throughout the album as you’d expect, quite noticeably in the opening of “Change,” and while The War on Drugs maintains its space-y, atmospheric, floating vibe they have a lovely way of highlighting different instrumental accents, like the last minute of “Change” where a stately piano of Robbie Bennett closes out the piece, much like the end of “Layla,” by Derek & the Dominoes. Or the way the harmonica plays out at the end of “Old Skin.” Much has been made of Granduciel’s fascination with classic rock icons like Springsteen, Petty, and Neil Young, and there’s plenty here that suggests he’s so deeply breathed in the aroma of their simmering musical stews that he’s naturally drawn to similar flavors and tones throughout his own creative work, but by now it feels like his own recipe.

And of course, Granduciel is joined by five other players that contribute to the band’s sound. In addition to Bennett on keyboards, David Hartley is the other original band member, playing bass and some guitars, plus there’s Charles Hall on drums, and the most recent additions, Jon Natchez on sax and keys, and Anthony LaMarca on guitars. The last two joined up in 2014, so the band’s line-up has remained consistent through these last three major album releases.

As expected, I Don’t Live Here Anymore continues The War on Drugs’ legacy of pristine studio recordings, delivering lush, picturesque soundscapes in compelling songs with lyrics that speak to the yearning for fulfillment in a world where there are more obstacles to human flourishing than we dare to name. There’s something reassuring and comforting in those reliable chord progressions, the piano’s gentle melodic phrasing, the soaring guitar sounds reaching for the sky, and echoes of rock’s earlier triumphs given new life through the soulful rendering of Granduciel & Co. The War on Drugs continues to triumph.