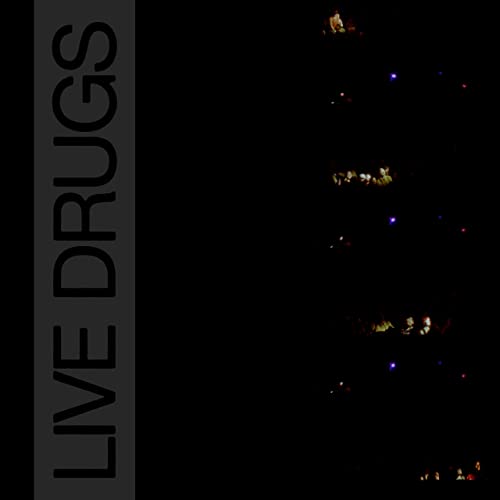 In a year when we’ve all had to forego live concerts, it feels like a gift that The War On Drugs took a break from the creation of their follow-up to 2017’s Grammy-winning Rock Album of the Year, A Deeper Understanding, to offer up a double-length live album drawn from recent tours. While it’s easy to think of this band as an expression of the artistry and singular vision of singer/songwriter/guitarist Adam Granduciel, we remember that Kurt Vile was also an original member and by 2014 the band had solidified into the tight six-piece that was captured live for this recording. The full band includes original bassist David Hartley, longtime keyboard player Robbie Bennett, returning drummer Charlie Hall, and auxiliary musicians Anthony LaMarca on guitars and keys, and Jon Natchez on sax and keys, the last three coming on board prior to Lost in the Dream being completed. As this album is drawn from tours of these last two albums, it’s no surprise that they make up 8 of the album’s 10 tracks.

Fans of The War On Drugs are drawn to the way Granduciel distills a wide variety of classic rock influences, from heartland rockers all the way to the more polished studio sounds of an Alan Parsons Project and the neo-psychedelic sounds of jam bands like latter day Pink Floyd when David Gilmore was delivering spacey, more atmospheric textures. The result finds Granduciel & Co. creating something that remains vital, current and uniquely his own. The studio recordings feel like pristine layered works, the production polished and precious where Granduciel’s tenor voice rings out like the sweet sounds of 70’s singer Al Stewart. While here on LIVE DRUGS it’s clear that there’s a more organic energy that comes from the band’s collective effort to bring the songs fully to life. You can hear it in the more emotional and breathy vocal delivery of Granduciel and especially in the amped up vitality in the guitar sounds and more improvisational soloing, especially in the extended jams that tend to show up near the end of most tracks.

It will no doubt be a disappointment to long-time fans that the setlist pretty much ignores the first two albums, with the exception of “Buenos Aires Beach” from the band’s 2008 debut, Wagonwheel Blues. The track works as a mid-album palate cleanser, with the piano and acoustic guitars dominant, while Granduciel’s vocal melody reveals Dylanesque phrasing, and the “oh, oh, oh, oh, oh” laughing chorus is unexpected. The break-in-the-action vibe flows on through the cover of Warren Zevon’s “Accidentally Like a Martyr,” which is a lovely tribute, but surely not one of the songwriter’s more recognizable works. All of which sets up the 1-2-3 punch vibe of the last three songs, which feels like the crescendo of an actual live show: “Eyes to the Wind,” “Under the Pressure,” and “In Reverse.” The first with its piano solo open that builds to harmonica and an extended sax solo, which was the first thing that brought Al Stewart to mind. It lays the groundwork for the 12-minute concert climax of “Under the Pressure,” which again builds and builds to allow the guitars the greatest possible impact near the end. The final track works to return the crowd back down to earth, which in many cases will lead the listener back to this fine live album’s opening track, “An Ocean Between the Waves.”

While nothing in the album’s written PR materials suggests that this is a “greatest hits” collection, no doubt because band’s growing from indie rock status rarely have actual “hits,” seven of the eight tracks from the last two albums that show up here were released as singles. As such, LIVE DRUGS works both as a smart introduction to The War On Drugs best-known songs for the uninitiated as well as a chance to hear what the band is capable of live for those who’ve yet to have the opportunity to hear them play, or as a concert souvenir for those who want a live recording to relive the experience. Either way, it has the added appeal of proof that this is a real band with plenty of serious rock chops, while adding fuel to the already high expectations for the band’s next studio release.