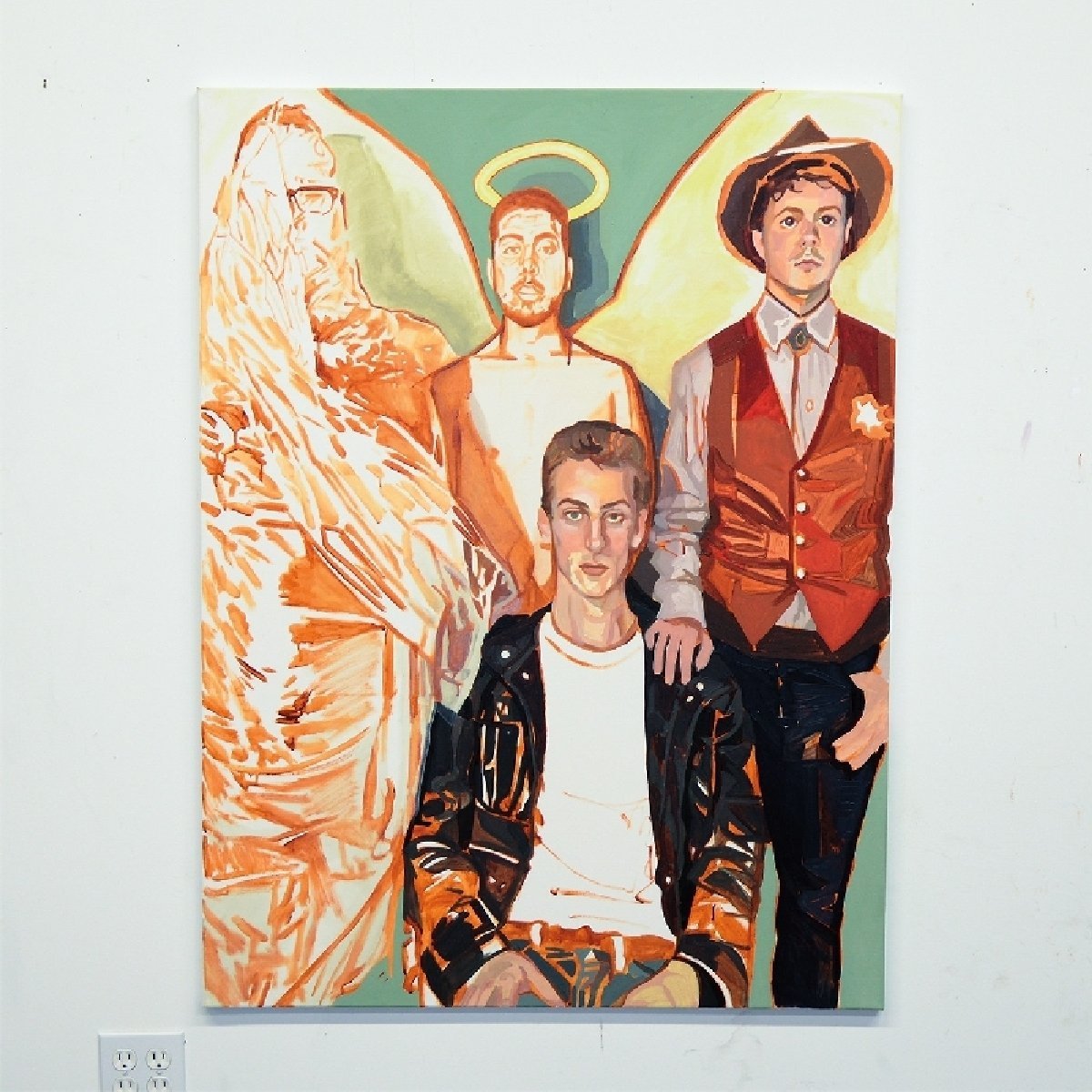 Fire Note Says: Mean Well is one of the biggest, baddest rock ‘n’ roll records so far this year.
Album Review: Clocking in at just under thirty minutes, Mean Well, the second full-length release from Connecticut band Queen Moo, reinvents rock ‘n’ roll in ways you didn’t know you needed. The four piece accomplishes the admirable–and previously unfathomable–feat of balancing no-holds-barred rock with obscure jazz and big band influences without breaking a sweat or cracking under their own artistic heft.
From the first note of record opener “What It Comes To” all the way through the blistering final seconds of “Ariel,” Mean Well doesn’t relent. When Queen Moo wants you to groove, you’ll groove. When they want you to squirm, you’ll squirm. When they want to thrill you with a catchy monster of a chorus, they’ll drop your jaw to the floor. Each song on Mean Well is a rollercoaster, smashing forward with urgency, volume and weirdness–never failing to entertain and bewilder.
The talent on display is formidable. The vocals swing from dark depths to skyscraping falsettos as guitar players Jason Rule and Oscar Godoy effortlessly keep up with bass player Kevin O’Donnell and drummer Nick Charlton’s airtight, ever-shifting rhythms. On any given song–the genre-bending “Goals,” for example–the band treats listeners to a countless number of surprises, hurling blasts of Big Band era horns, gigantic, fuzzed-out riffs and enough squealing guitars to make any classic rock aficionado raise an eyebrow.
After all, Queen Moo is an American rock band, and every song on Mean Well qualifies as a bonafide ripper, purely by act of blunt force and raw talent. Aside from the occasional smattering of horns, there are no gimmicks or anachronisms here; no synthesizers, pianos, violins, you name it–only vocals, guitars, bass and drums. Song after song, Rule, O’Donnell, Godoy and Charlton prove their rock ‘n’ roll mastery without a parachute, and the result speaks for itself.
To call Mean Well “dynamic” would be a critical understatement; to call it anything other than an achievement would be a severe disservice. It is a statement, an arrival, a masterwork. Its boldness, complexity and unpredictability cannot be overstated, and its ability to thrill will not disappoint.
Key Tracks: “What it Comes to” / “Goals” / “Fixture”
Artists With Similar Fire: Deerhoof / of Montreal / Queens of the Stone Age