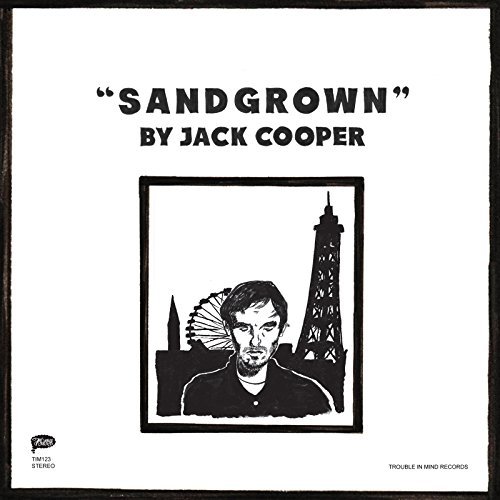 Who: Sandgrown is the debut solo album from Ultimate Painting’s Jack Cooper. He also was in the band Mazes.
Sound: Jack Cooper has a super smooth voice that is in the same tone of Dean Wareham (Luna) or Stuart Lee Murdoch (Belle & Sebastian). His delivery is similar to his band Ultimate Painting, without his band mate James Hoare chiming in of course, and/or the indie folkish singer/songwriter Ryley Walker.
TFN Final Take: Last year’s Ultimate Painting record, Dusk, was truly an excellent listen as the group walked a similar path to Television, Yo La Tengo, and Luna. Jack Cooper continues the strength of his output with his debut solo record, Sandgrown. Like all artists that venture out on their own, Cooper takes this opportunity to offer a different take on his talent as he tunes things down and lets you really hear his singing voice. This laid-back experience was captured on a 4-track cassette recorder Teac 144, which creates a super intimate setting that sounds like Cooper is in your living room with just a little back ground rustling noise. Edgy, cool and super personal sounding is how the tracks play out which gives Sandgrown a special touch.
Cooper also includes two jazzy guitar instrumentals on Sandgrown, which easily could have been somewhat a distraction on a 9-song, just under 30-minute record, but they once again highlight the warm and friendly nature of this solo album. This is a record that you can listen to for hours, put it away for a week, and then come back and play it again – it only gets better! Jack Cooper is not even close to a household name but if you want to discover a really good singer/songwriter today, Sandgrown is a record for you to check out.