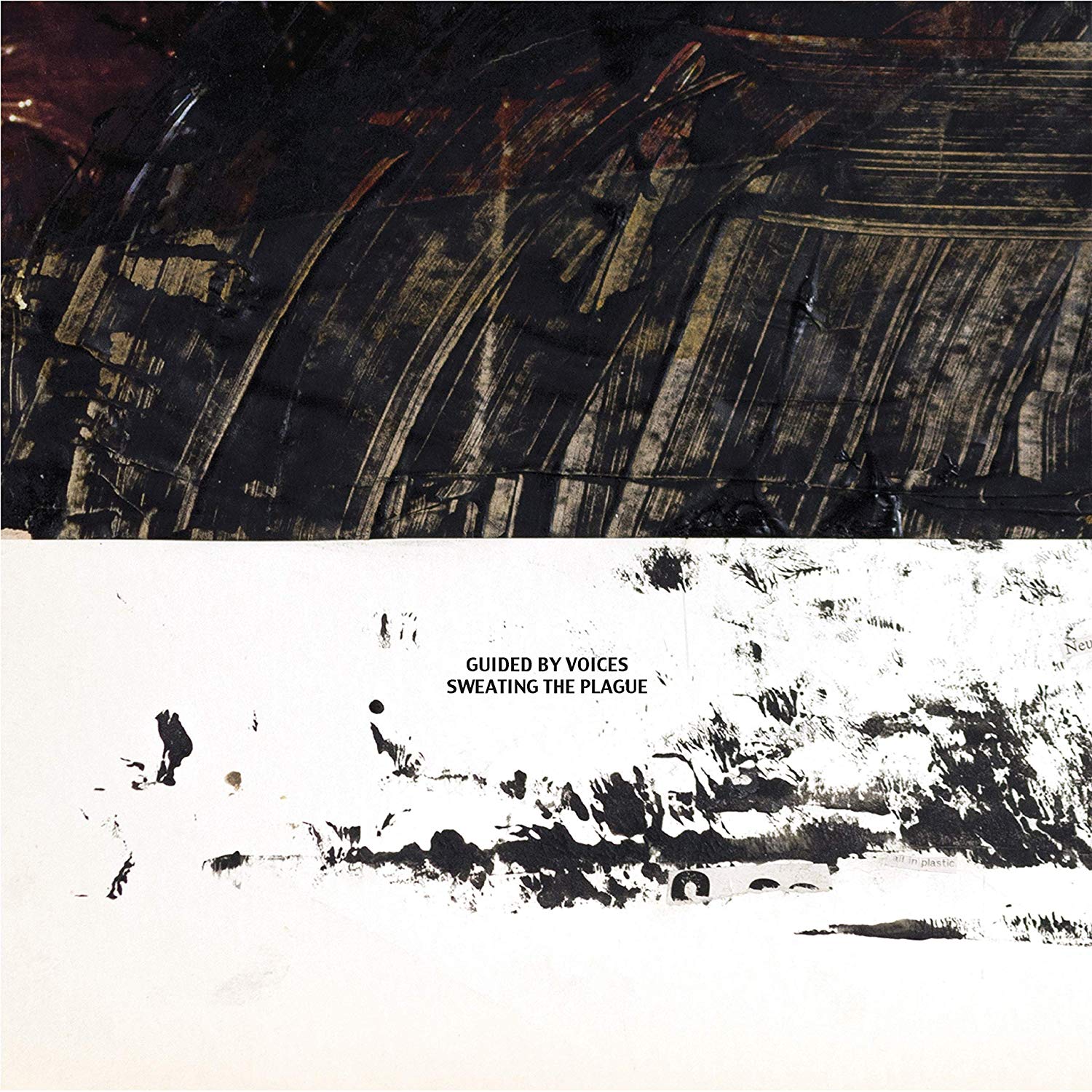 TFN Album Review: Sweating The Plague is Guided By Voices third album release in 2019 and I feel it is their best. That statement alone could be debated for weeks, and already has in GBV groups across the land, but when the last strum of guitar fades for a second on the final track “Sons of The Beard,” Plague represents one of the most cohesive 12 song sequences the band has released.

Sweating The Plague is dark, cold and a bit abrasive right down to the isolation and distance you feel from just looking at the album’s artwork. It is not robust like the double album Zeppelin Over China or quick and punky like Warp and Woof but it is one heavy listen that has a slow burn density of songs with brilliantly executed shifts which purposefully keep you on an engaged edge from beginning to end.

This unique walk starts quickly on album opener “Downer” which has a concrete driven riff with Robert Pollard delivering a slightly off kilter vocal until all of a sudden the song shifts upward with a big hook. This quick switch happens throughout the track making it a highlight. It is followed by the two-minute muscular hand clapper “Street Party” that punches you in the face and makes you want more as Pollard sings “It’s a street party, and the heat is insane!” At this point, you are thinking STP is going to start turning up the amps but then the gorgeous a cappella beginning of “Mother’s Milk Elementary” hits your ears and will instantly grab your attention as its balladry puts Pollard on an island by himself for a solid 30 seconds. The song then morphs several times before its perfect conclusion. Elsewhere, you get the single “Heavy Like The World,” which would have easily fit into the Isolation Drills (2001) era of GBV or you will find several of the album tracks go back farther in the band’s history like the song “Your Cricket Is Rather Unique” with its more lo-fi buried melody.

Without a doubt, this Guided By Voices represents the best musicians to work together under the name. Sweating The Plague could not be possible without the guitars of Bobby Bare Jr. and Doug Gillard, bassist Mark Shue or the sharp drumming from Kevin March. Every note on this record hammers that point as the group succeeds effortlessly switching genres that includes prog and 90’s rock. Of course, without Robert Pollard steering, Sweating The Plague, would be somewhat adrift but not only is Pollard steering he is charging ahead here and honestly offers up one of his best and consistent vocal performances. Sweating The Plague is not just the best Guided By Voices album released this year – it is one of the best overall records released in 2019.

1 thought on “Guided By Voices: Sweating The Plague [Album Review]”