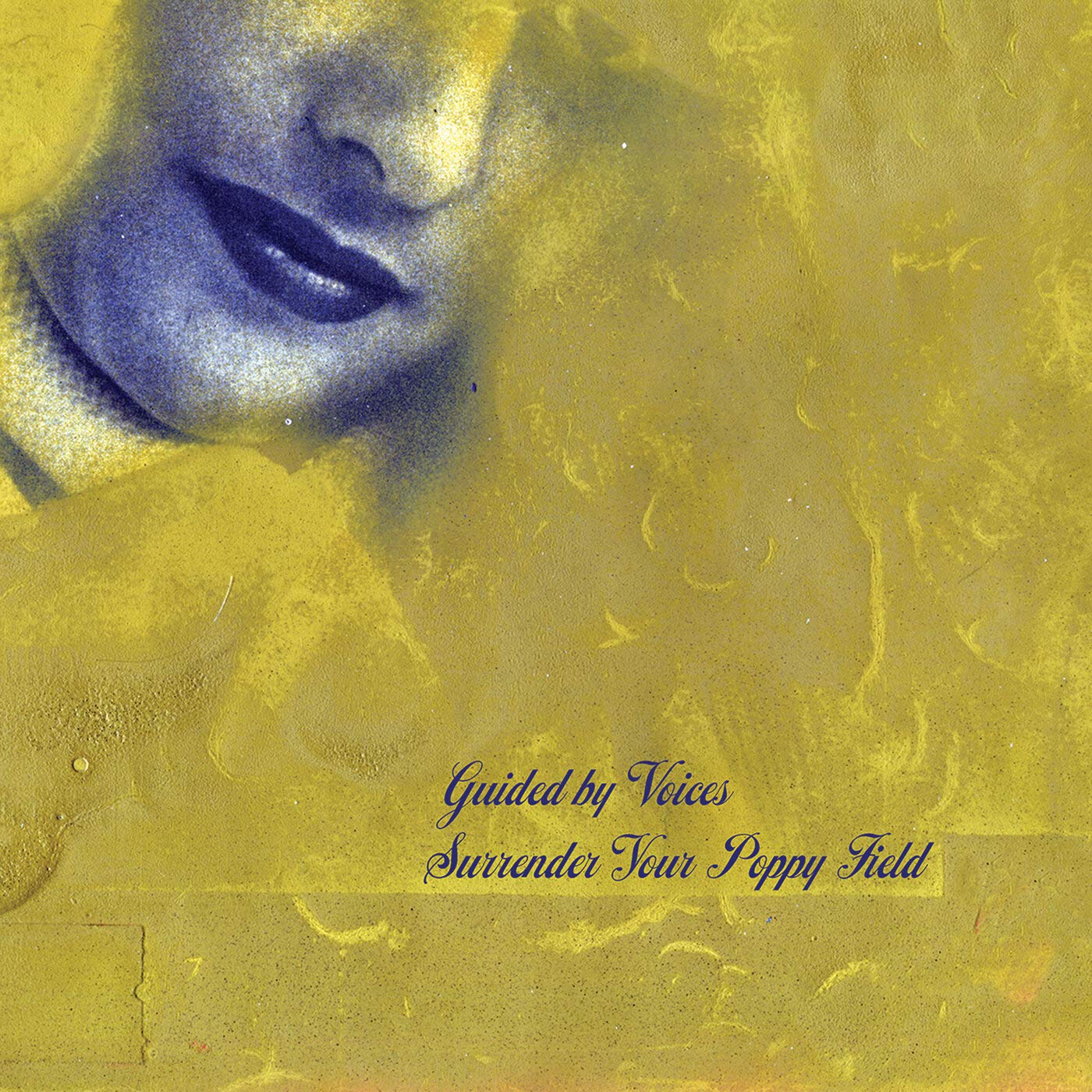 The 2020 release calendar finally feels official with a new album from Guided By Voices. After releasing three records in 2019, GBV is back officially with their newest album of indie rockers, Surrender Your Poppy Field. If you are a follower of Bob Pollard then you already know that every record release offers something different. SYPF is no different, as I feel it is one of the most loose albums that Pollard and the current lineup of Bobby Bare Jr., Doug Gillard, Mark Shue and Kevin March have released.

This spontaneity is the lifeblood of SYPF. There are so many sub-songs that are lurking within the titles that keep the listener on their toes and waiting in anticipation for that next transition. “Year Of The Hard Hitter” is an old school GBV rocker that mixes in a Who like classic rock, complete with a killer guitar solo, before it progs its way to the finish line. In fact, I think there may be three different songs hidden in “Year Of The Hard Hitter.” The surprising slow Pixie like build in “Volcano” will have you raising a fist and looking for your lighter, while it seems like the perfect track that every fan in the audience can gladly singalong with during a live set. “Cul-De-Sac Kids,” “Windjammer” and “Physician” all have the similar pattern of presenting one direction and tempo for their beginning before completely flipping the musical script and ending in a different genre. These smart and speedy transitions make SYPF stand out.

Some of the tracks I really liked on Surrender Your Poppy Field were short and to the point, while having the ability to stay in my head well after I was done listening to the album. The quick one-minute “Woah Nelly” is a fantastic upgrade to its previous b-side version found on ESP Ohio’s “Lithuanian Bombshells” 7-inch. You really can’t stop humming along to that one. “Always Gone” is the second track from the end of the album and it is one of the most classic sounding GBV songs they have released in some time. With its 1:37 running time, lo-fi buzz and backing vocals, the song really could have fit in on Alien Lanes.

Surrender Your Poppy Field is more rock forward than any of the three albums Guided By Voices released last year and I would say rivals the harder edges of Space Gun (2018) as well. The album also reverts back to the more traditional GBV sporadic track transitions compared to Sweating The Plague’s (2019) flawless sequencing. Weirdly enough, I find that these sharper track turns typically help the individual songs on the album stand out more and that is the case on SYPF. Trust me when I tell you that you won’t forget how the swing your beer “Steely Dodger” moves into the metal of “Stone Cold Moron.”

Regardless of your GBV tastes, Surrender Your Poppy Field has a little something for all types. It is another enjoyable album in the current era catalog and has plenty of go “hear it again” moments. Pollard is clearly on a creative high and with this talented band right there by his side, the innovative output of Guided By Voices does not seem to be slowing down anytime soon and that is a benefit to us all!