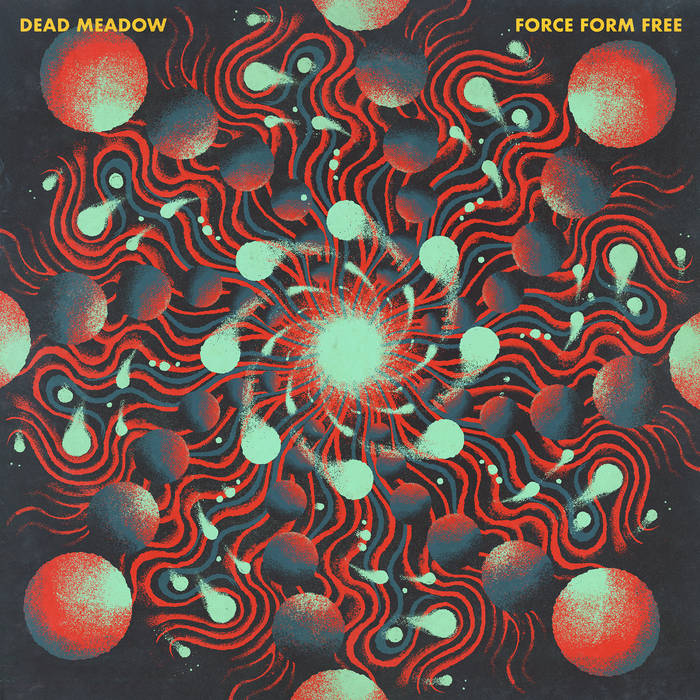 Formed in the fall of 1998, Dead Meadow rose out of the Washington, D.C. indie/punk scene and have continued to evolve their sound through each record into the heavy modern psych you hear today. This psych path was highlighted on their Levitation Session album that was released in 2021. Force Form Free truly spotlights why Dead Meadow now rub elbows with the likes of King Gizzard, Black Angels and Hooveriii and why they are included under the Levitation umbrella. This release specifically branches out even farther for the band, as it is a collection of mostly instrumental jams and experiments created for Blues Funeral Recordings’ PostWax series.

Dead Meadow have been incorporating darker Eastern musical influences in their compositions and Force Form Free fully embraces the approach. This interweaving of these sounds gives the album a more floating in space vibe that then brings you back to earth with its muscular guitar delivery. Some highlights include “Valmont’s Pad,” which falls back on a more 70’s classic rock guitar riff that foot taps through the waves of psychedelia that surround it. Then on “To Let The Time Go By,” you finally get to hear vocalist Jason Simon sing four tracks into the six song album. The track is more acoustic based as well, which also gives Force Form Free just the right amount of diversity.

Fans new and old should really like Force Free Form. From the moments of concentrated distortion to the album closer “Binah,” and its eight minutes of desert walk glory, this album is a true grower. It is a record that shows its complexities with each spin and the magic behind this more laid back creation from Dead Meadow. They are a group that should be listed in the top tier of our current modern psych blitz and is a band that should always build anticipation for what they release next!

DEAD MEADOW REVIEW HISTORY
The Nothing They Need (2018)