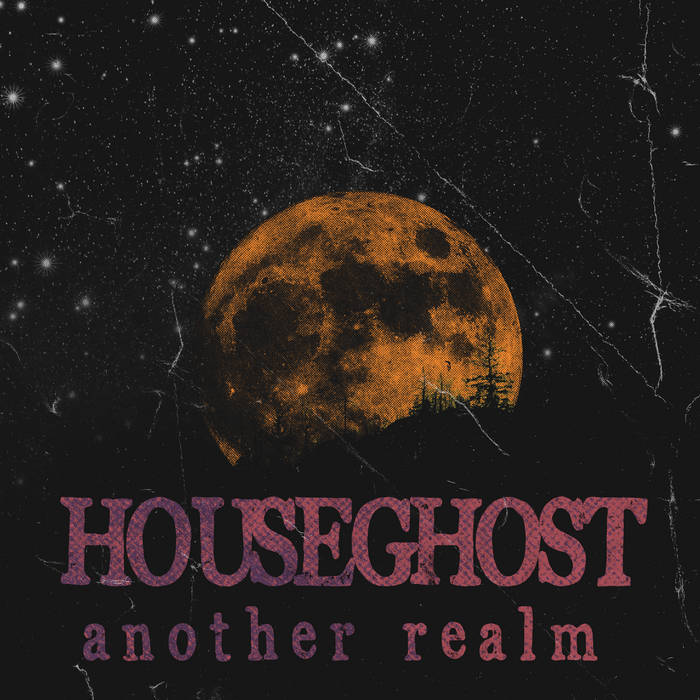 Another Realm is the sophomore album from punk group Houseghost out of Dayton, Ohio. The trio is made up of drummer Tyler Beaty (Goon, Break Yourself), guitarist/vocalist Nick Hamby (The Raging Nathans), and bassist/vocalist Kayla Hamby. The record was released in mid December of last year and is definitely worth a visit if you are eager for some new music now as 2023 is just beginning to kick off.

Houseghost has a fairly straightforward overall approach to the punk genre as they fill their record with two- to three-minute songs that all feature some great blistering guitar work and punk harmonies that easily get stuck in your head. The band features both Kayla and Nick on lead vocals as the sister and brother each bring a little something different on their lead tracks. Kayla’s songs have a little more melody to them, as her voice has a very indie quality to it that fits in with some contemporaries like The Beths, Martha and Wednesday. Nick, who is also in the punk band The Raging Nathans, has more grit and force to his vocals that produces faster in your face songs. It is a mix that works for Houseghost, as it also has some X qualities you can hear in the album when they both join forces.

Another Realm is a solid 31 minute ride as you really can hear how much this group enjoys just making music. Its foot tapping spirit both plows ahead with its quick punk guitar runs but also has this nice undertone of indie rock when Kayla has the lead. This combination gives Houseghost their niche sound and one that makes it very easy to spin again and again!