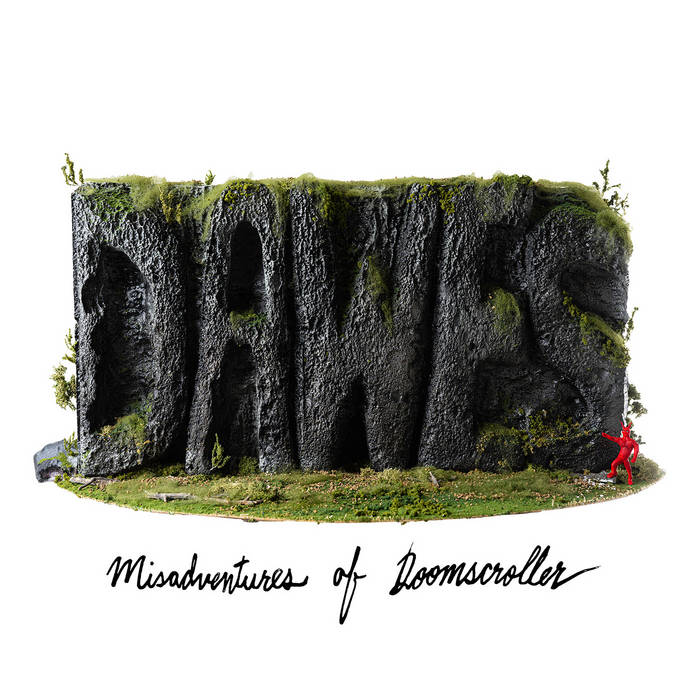 It’s very likely that even if you think you’re unfamiliar with LA band Dawes, you’ve probably heard the band’s omnipresent 2015 single “All Your Favorite Bands,” and probably sung along with its nostalgic chorus that hopes “your brother’s El Camino runs forever/I hope your worlds sees the same person you’ve always been to me/And may all your favorite bands stay together.” Or, maybe you first heard of the band through the T Bone Burnett collaboration around lost Bob Dylan lyrics to create The New Basement Tapes, which found Dawes’ singer/songwriter Taylor Goldsmith rubbing shoulders with Elvis Costello, Rhiannon Giddens, Marcus Mumford, and Jim James of My Morning Jacket.

Often described as a folk/rock quartet carrying forward the Laurel Canyon sound of artists like Jackson Browne, CSN&Y, and The Eagles, Dawes has generally kept things simple, tending toward minimalism in delivering their melodic folk-rooted, pop/rock flavored songs. In the last couple years, the members of Dawes have been drafted as part of the backing band for Phil Lesh of the Grateful Dead, no doubt pushing the band into jam band territory, a place where no expanded solo is too long, no musical detour isn’t fresh territory to be explored. Which brings us to the band’s 8th studio album, Misadventures of Doomscroller, the most musically adventurous and experimental of their 13 year career.

Of course, the image of a “doomscroller” calls to mind someone addictively scanning their social media accounts at 2 in the morning, clicking on each depressing news story of the day, following the darkest projections down into a rabbit hole echo chamber of soul-draining despair. In the album’s 9 and a half minute opening salvo, “Someone Else’s Café/Doomscroller Tries to Relax,” they diagnose this uniquely modern disorder in the song’s first section as a self-inflicted wound, living on a forced diet of someone else’ expectations and requirements. Then, following a lengthy, funky instrumental break that leans toward jazz fusion, they offer up the remedy as human companionship, suggesting in gentle harmony vocals that we’d be better off if we could “enjoy each other’s company” instead of living “on the brink of our despair/Does someone have a song to sing/Or a joke that they could share?”

Musically, the sound here recalls a time in music history when musical genres weren’t isolated into niche markets, when bands like Steely Dan and The Doobie Brothers mixed their pop/rock sound with jazz, R&B, and soul, when Stevie Wonder and jazz artists like George Benson had pop radio hits, and lighter prog rock tracks from Pink Floyd and Yes mingled on FM formats with jams from the Dead, Fleetwood Mac, and Santana. “Ghost in the Machine,” a funky rock song about the band’s early career playing clubs, finds Dawes’ drummer Griffin Goldsmith (brother to Taylor), joined by producer Jonathan Wilson on a second drumkit, and an additional conga player to kick off the jam with bassist Wylie Gelber, Lee Pardini on keyboards, and Taylor Goldsmith’s guitars. The soloing and instrumental interplay, including strong Hammond organ swells and a hot jazzy piano solo from Pardini, all push in the direction of a jazz/pop fusion sound that makes the over 6-minute track a fun, enjoyable ride.

Checking in at nearly 9 minutes, “Everything Is Permanent” offers a melodic light rock reminder that anything you post on the internet will live there forever, whether it paints you in an attractive light or quite the opposite, asking “Did you really need to cry or be seen crying?” But again, the band runs down a variety of musical ideas with smart, guitar and keyboard solos before reconvening in strong vocal harmonies around the original melodic hook.

While we tend to focus on individual moments in our lives, trying to hold onto good feelings or caught up in regret over missteps, the rolling rhythm of “Comes In Waves” reminds us that time keeps moving on, and as Ferris Buehler once suggested, if you don’t pay attention we’re going to miss what’s going on right in front of us. Life is happening all around us, some good things, others tragic, and it can all feel senseless, even if we’re hoping to find a “Joke in There Somewhere,” which leads Goldsmith to conclude that the band’s songs “should give some kind of strength to meet the day,” so that we can “find a way to laugh” when push comes to shove.

Underlying these thoughtful musical experiments in expansive sound, the lyrics seem to be pondering an existential sense of wonder about the meaning of our lives. One’s beloved asks that we “open up my eyes/See what kind of attention I could pay,” but in the final nine-minute opus, “Sound That No One Made/Doomscroller Sunrise” as the lyric considers the physical limitation of our all too brief lives, “the ominous reminder of the body’s slow decline” as we age. We seek the consolation that someone will try to listen for the mystery at the heart of this “strange and dark existence,” listening to the sound of life “that no one made.” The downward spiral of endless internet scrolling may be doom-filled, but the bigger story, life itself is happening out here as we struggle to connect with one another, which Dawes gives expression to in their uplifting musical instrumental interactions.

The impact of this musically adventurous outing from this 6-song (the seventh track is a brief instrumental coda), 46-minute outing from Dawes belies the “Doom” in the title, by taking solace in the creative rhythms of musicians wringing all the life they can out of their instrumental interplay, inviting all their listeners into full participation in the dance of life.