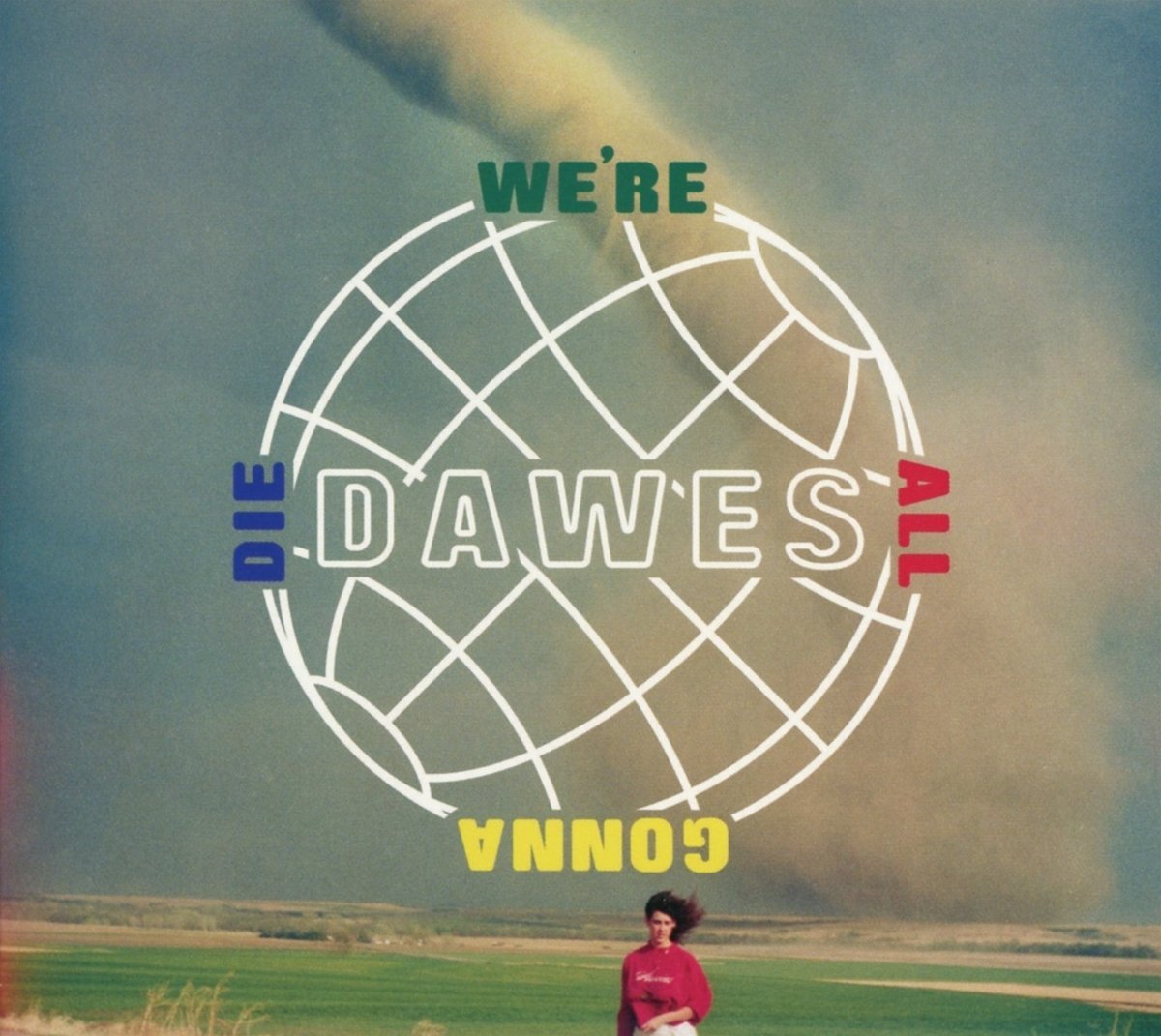 Who: Dawes is a four-piece band from Los Angeles, CA.
Sound: Versatile rock that reminds you of 1970’s singer/songwriters and 1980’s pop rock.
TFN Final Take: You’ve gotta respect Dawes for one thing: their insistence on sticking to their artistic vision no matter how out-of-style or anachronistic it feels. We’re All Gonna Die, the band’s fifth album, at times feels like it’s ripped from the part of the 1980’s when Hall and Oates were huge. That sounds makes for a familiar album that never really makes a mark. “One of Us,” the album opener, is the standout track. The album is interesting from a lyrical standpoint, but at times its denseness creates bloat. Overall a fine album with lots of different sounds but no real sense of urgency. Which is odd, given the album’s title.
Dawes Website
Dawes Facebook
– Reviewed by Matthew Heiner