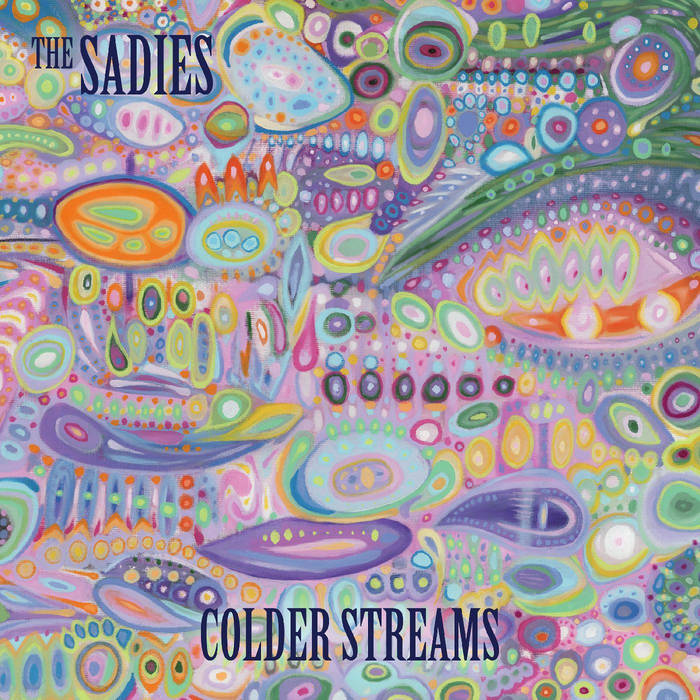 Toronto band, The Sadies are practically a Canadian indie-rock institution. Playing a mix of rock, country, psychedelia and punk – often in the same song – the quartet has recorded and toured with the likes of Garth Hudson of The Band, Neil Young, Neko Case, John Doe of the band X, Kurt Vile, and the late Gord Downie of The Tragically Hip, The Sadies have delivered a strong, cohesive eleventh album. Produced by Arcade Fire’s Richard Reed Perry, Colder Streams brings together the writing and guitar playing skills of brothers Dallas and Travis Good, and the rhythm section of Sean Dean and Mike Belitsky, all honed through collaboration over the band’s 25-year history.

Whether it’s the homespun acoustic folk rock of “All the Good,” or the garage band take on the Kinks that is “Better Yet,” the big guitar classic sound of “Stop And Start,” to the 70’s psychedelia meets The Byrds of “So Far For So Few,” it’s clear that The Sadies’ can play whatever the Good’s set their hearts on playing. There’s lots of 60’s and 70’s influences at play throughout the album’s 11 tracks, but it’s rendered a timeless quality by the vitality and relevance of the performance. There’s an intensity in the wiry electric guitars of “No One’s Listening,” with an additional contribution of a solo from Jon Spencer, that is matched by the rustic banjo dirge of “Cut Up High and Dry,” and the blazing guitar rock of “Ginger Moon.”

Shortly after the album was recorded, Dallas Good died in February due to a recently diagnosed heart condition, adding an unfortunate significance to what many are calling the band’s finest complete work to date. While the future of The Sadies is uncertain, it’s fitting that this final chapter for this sturdy quartet finds the band delivering on all cylinders, making all the music they care about on their own terms. One funny thing that Dallas Good left behind was his own appraisal of this latest work by his beloved band, in the “bio” he wrote to promote the new release. He wrote, that Colder Streams is “by far, the best record that has ever been made by anyone. Ever.” And, while that’s obviously a bit over the top, I’m not one to argue with the recently deceased; besides, it’s pretty damned good.