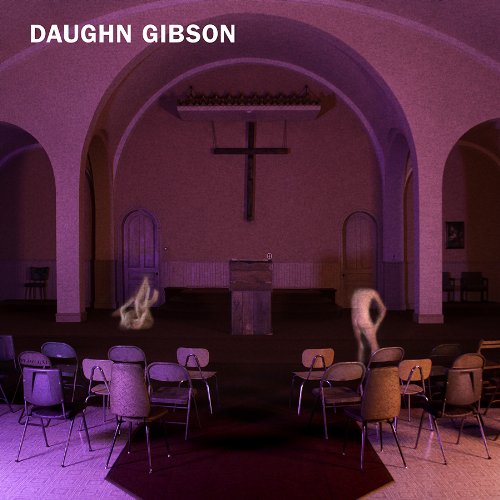 Fire Note Says: Very unique sophomore record from Daughn Gibson will bring love and hate!
Album Review: If you are familiar with Daughn Gibson’s debut All Hell from last year then you already know this dude has an interesting deep baritone for a voice. You combine this with his alt-country meets synthesizer beats and you get his sophomore record, Me Moan that results in an interesting musical journey. It is an album that I guarantee some will truly adore while others will never get by track one.
If you are new to Gibson’s voice, I will warn you that it takes several songs to get into because it is really deep. You instantly realize that it has swagger which should keep you around as the swaying upbeat number “Mad Ocean” is a foot tapper that possesses a brooding groove that hooks you. This same smokey vibe goes on during “The Pisgee Nest” which also has an old western feel to it as Gibson sings “Someone shouted out; Gather all around if you’re feelin’ fine.” On “You Don’t Fade” this deep groove continues as Daughn has a looping chanting female sample that gives the song a new depth as he admits defeat with “I can’t keep our baby quiet.” 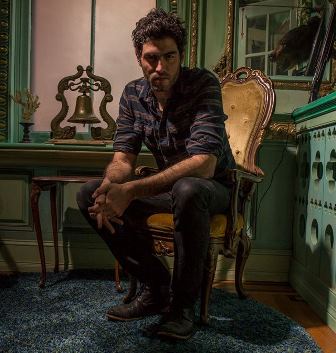 All of these intricate tracks are driven by Gibson’s memorable and unique voice that reminds me most of Brad Roberts (Crash Test Dummies) with the curling snarl of Johnny Cash that has the emotional delivered impact of Matt Berninger (The National). His song structures range from slower to mid-tempo which fits his vocal delivery style as he seems to always emphasize just the right note. Fans of his debut should be on board for round two even though you can hear that Sub Pop give him a bigger budget. This factor definitely expands the songs you hear throughout this record with the help of Me Moan’s full band sound courtesy of guitarists John Baizley (Baroness) and Jim Elkington (Brokeback) plus the added trombone, pedal steel and cello.
I think that some people won’t stick around because of Gibson’s unique voice. They will be out before opener “The Sound of Law” finishes. After you get over the newness of Me Moan’s delivery style you will be hooked on Gibson’s storytelling and passion for his music. His Sub Pop debut is without question unique and not like anything out there right now. Combine that with an album that starts to ingrain itself into your head after multiple spins and Daughn Gibson could be around when we discuss our top 50 at the end of the year.
Key Tracks: “You Don’t Fade”, “Mad Ocean”, “Into The Sea”
Artists With Similar Fire: Nick Cave / Hayden / The National
Daughn Gibson Website
Daughn Gibson Facebook
Sub Pop Records
-Reviewed by Christopher Anthony