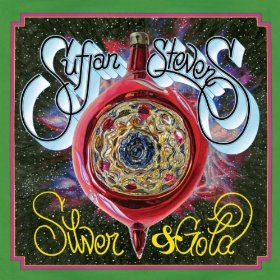 59 songs at an almost 3 hour running time is a ton of Christmas but when you are talking about the quirky and confident Sufjan Stevens this is the collection for your indie music aficionado. Stevens also gives you an 80-page booklet, stickers, a do it yourself paper star ornament, a poster and temporary tattoos so there is a little something for everyone here on this box set. Stevens is a true talent and not only does he give you standards here like “Santa Claus Is Coming To Town” and “Silent Night” but about a third of this set are original compositions. This is where being a fan of Sufjan comes in handy as new classics are born such as the bouncy “X-Mas Spirit Catcher” or the emotional “Christmas In The Room”. If you are like me there is always a Christmas shuffle playlist going on this time of year and Silver & Gold is a perfect addition to the standards. 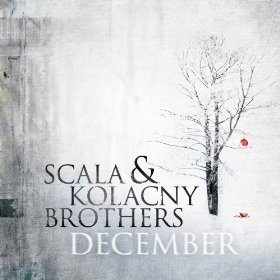 When I first received December from the Scala & Kolancy Brothers back in September I did not give it much thought or attention. Hey I like Christmas music but too early is too early. The bad part about this is that the album almost fell off of my radar. The good news is that I rediscovered it just in time and thought it definitely deserves your ear. The track list is surprising as the album kicks off with Linkin Park’s “My December”, followed by “Christmastime” from The Smashing Pumpkins to Coldplay’s “Christmas Lights”. The eclectic list of songs goes on but what makes this record shine is the orchestrated arrangements and the atmospheric singing of the female choir on each song. Joni Mitchell’s “River” hits an extra emotional chord with its floating delivery while the more peppy cover of Sufjan Steven’s “It’s Christmas! Let’s Be Glad” gives the record diversity. The best part about this album is that along with some more standard alternative holiday songs, it is made up of some tracks that are not necessarily related to Christmas or it has songs that fit into the December concept thanks to their special atmosphere or arrangement. This equals a very surprising and engaging listen from Scala & Kolancy that will hook you from beginning to end. 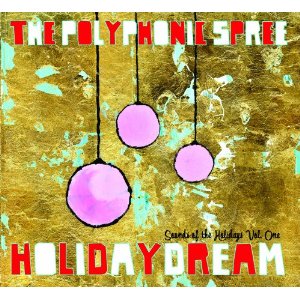 The Polyphonic Spree
Holidaydream: Sounds Of The Holidays Vol. One
Kirtland Records [2012]

To me The Polyphonic Spree were made for a Christmas record. An army of singers, a unique sounding leader and a skill for pulling off big catchy song arrangements. The group mostly covers standards here but throw in some surprises like the instrumental “Silent Night” or the excellent collaboration with School Of Seven Bells on “Silver Bells” and the album takes an upswing. If you have been a fan of The Polyphonic Spree then Holidaydream is right up your Christmas alley. The album might not be appreciated by more traditional listeners but if you like different then I would recommend checking this one out. 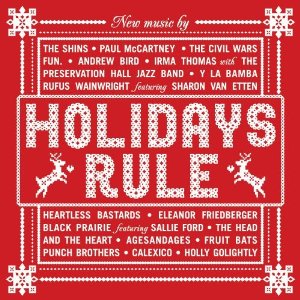 If you are looking for more of a mainstream indie Christmas set then the Holidays Rule compilation should be an enjoyable listen. The album starts things off with the now ever-popular fun. giving “Sleigh Ride” an upbeat tempo while other well know acts that make an appearance include The Shins taking on Sir McCartney’s “Wonderful Christmastime” and The Civil Wars folkish “I Heard The Bells On Christmas Day”. What I like about Holidays Rule is that the album also goes a bit outside the popular indie curve with acts such as Calexico, Heartless Bastards, The Head And The Heart and Fiery Furnaces Eleanor Friedberger. Holidays Rule reminds me of the solid Maybe This Christmas compilation from 2002 which I still pull out and give air time to putting this new collective in good company. Overall it is a great modern sounding compilation, which is hard to find these days, so take it, spin it, hear it and most of all have a very merry Christmas from The Fire Note!
-Reviewed by Christopher Anthony