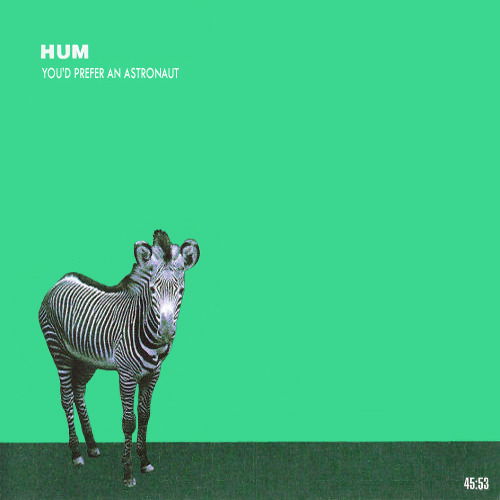 Here is a record that always goes for big money on the eBay scene so a reissue is great news to hear. You’d Prefer an Astronaut is the third studio album by the Champaign, Illinois post-hardcore band HUM. It was first released in April 11, 1995 by RCA Records as their major label debut. The pre-order will be on Shop Radio Cast tomorrow at 12pm HERE.The album has a release date of March 4, 2013.
Release Info:
– Lacquers made by Lucky Lacquers
– Matte Finish Gatefold Jacket with Spot UV
Vinyl Color: 180 Gram Black (LTD 500), Opaque Green Pantone 3278 (LTD 500)
Track Listing
Little Dipper
The Pod
Stars
Suicide Machine
The Very Old Man
Why I Like the Robins
I’d Like Your Hair Long
I Hate It Too
Songs of Farewell and Departure