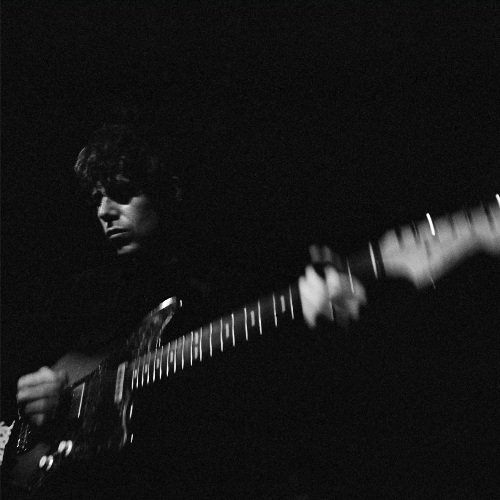 Fire Note Says: White Fence delivers a red hot live set on Live in San Francisco!
Album Review: White Fence has had an incredible two year run. Last year saw the release of both volumes of the Family Perfume album, as well as an excellent collaboration with Ty Segall. This year has already seen the release of Cyclops Reap (TFN Review), and now we have Live in San Francisco, the first in a series of live albums Castle Face Records is releasing featuring acts playing live in San Francisco.
Normally a home recording project of Tim Presley, White Fence is a full on rock machine in a live setting. The band rocks powerfully, but never overpowers the song, and that is an important distinction to make, because what makes the White Fence records so much fun is the songs and Presley’s charming vocals and playing. None of that is lost in a live setting, and the band serves to more fully shape and augment these songs, taking them to an even higher level. I didn’t know some of these songs, having come to the band with around the time that Family Perfume came out, so some of these older songs have floored me, particularly “Baxter Corner”, which is presented here as a psychedelic rock freak out. At over 8:30, there is plenty of room for psychedelic guitar excursions, all while the drum holds the center of the song with a pulsing beat. “Pink Gorilla” which was a highlight on this year’s Cyclops Reap, loses some of its sixties pop sheen, but trades it in for some dirty guitars. It works well, and in fact, I think I like this version better.” Lizards First” was a Syd Barrett-esque folk ballad on Family Perfume Vol. 2, but here, it sounds like Piper at the Gates of Dawn era Pink Floyd. It’s kicked up about 5 notches from the original, it’s a jaw dropper to be sure. “Breathe Again” has likewise been transformed from a folk pop number to a rawer, darker number. 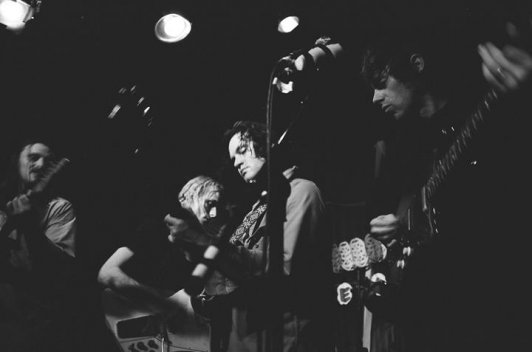 This is a really good live document. Its fidelity is somewhere between excellent bootleg quality and professional quality. It sounds exactly like you would want it to. You don’t want music like this to be too polished. You want it to sound clear, and yet still retain some of the “you were there” atmosphere of the room. I’m definitely looking forward to hearing more of the albums from this new series of releases. In my mind they could not have picked a better show to start it all off with, this is the good stuff. Go get it.
Key Tracks: “Pink Gorilla”, “Baxter Corner”, “Breathe Again”
Artists With Similar Fire: Ty Segall / Thee Oh Sees / Oblivians