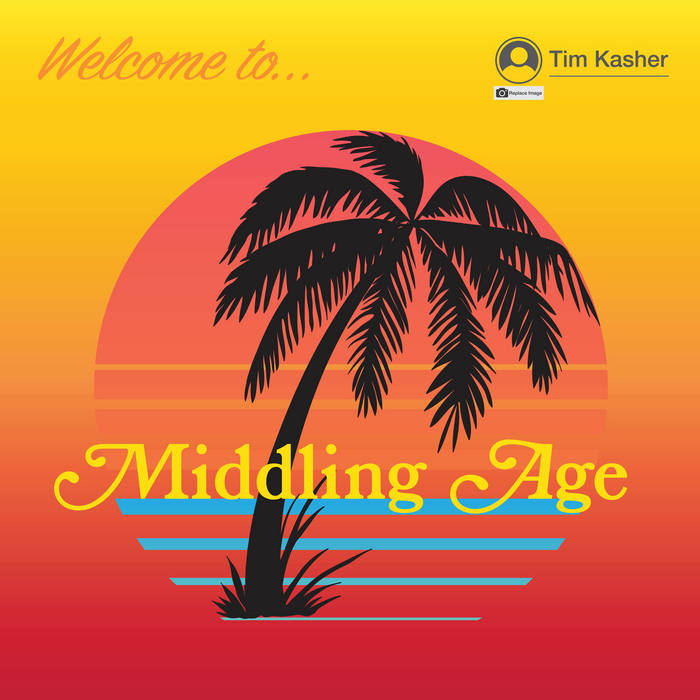 “What a shitty thing to say; the good die young.” is a line out of the track “The John Jouberts” from Tim Kasher’s fourth solo record Middling Age. The frontman for Cursive and The Good Life sums up his new outing perfectly in that line, as this record explores what is beyond those wild and carefree years. Now Kasher has the fear of losing loved ones, feelings of personal stagnancy and uncertainty, consistent self-evaluations, and all the anxiety that comes with those emotions. If you are of a certain age you get it – if you are younger – this album’s eleven tracks might scare the hell out of you because Kasher’s strength has always been strong story telling and Middling Age is incredibly impactful because his abilities are on full display.

Every song on Middling Age has a moment that catches your ear. After the short intro, “Long Days” (which features and was written by Kasher’s 9 year old niece) the album’s first composition is the intriguing “I Don’t Think About You,” which is about the obsession over someone who has since gone, and the discomfort that it creates. His story telling vocal delivery and the songs pace is very reflective of the overall album’s flow and the track includes Cursive bandmate Megan Siebe on background vocals. She is the first of many, as Tim’s friends all show up for this event and include Jayson Gerycz of Cloud Nothings, Laura Jane Grace (Against Me!), Jeff Rosenstock, Patrick Newbery (Cursive), and Macey Taylor (The Mystic Valley Band). The entire record is not made up of all mid-tempo numbers as you do have several tracks with “On My Knees” and “Life Coach,” near the middle of the album, that rock out a bit more like a classic Cursive track. The record also is enhanced with the additional instrumentation like cello, flute, violin, ukulele, kalimba and a saxophone solo by Rosenstock on the closer “Forever Of The Living Dead.”

Middling Age features some of the best music Kasher has written to date. His melodies and mostly stripped-down arrangements here showcase his veteran status and no song sounds out of place or feels like it stays too long. If you are around Kasher’s young age of 47, I think this album will instantly connect because most likely you have had similar thoughts. For everyone else, Middling Age is a mandatory soundtrack, so that when you get there you already know what to expect!