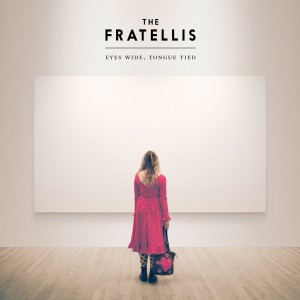 Fire Note Says: The Fratellis perfect their formula.
Album Review: Sometimes an album comes along that is so likable that it begs to be listened to. Some albums are creative, experimental, different, and noteworthy. We can recognize those albums as being “great” but it doesn’t mean that we want to keep listening to them. The Fratellis haven’t done much here on their fourth album (Eyes Wide, Tongue Tied) that would qualify as creative, experimental, or noteworthy, but goddamn I want to keep listening to it.
The Scottish three-piece has no trace of Scotland in its music. I would describe their sound as barroom rock n roll, a little like classic Meatloaf and a little like Jet or Franz Ferdinand from the early aughts. Rollicking, rowdy, and slick are other words that come to mind when trying to describe the band. While their last album (We Need Medicine) didn’t quite do it for me, there is energy and depth on Eyes Wide, Tongue Tied that has been missing from their previous work.
The album opens with “Me And The Devil,” a piano- and guitar-driven song that keeps building. Jon Fratelli sings the line “I’m gonna sell this soul of mine” with resolve, setting the tone for the album. Soft, loud, soft, loud; the lyrics and vocals hint at the pain that comes from not being able to believe in something bigger than oneself. These themes persist throughout the rest of the album; the lyrics don’t usually lead to some great insight, but that sense of urgency has been infused to each of the album’s songs. 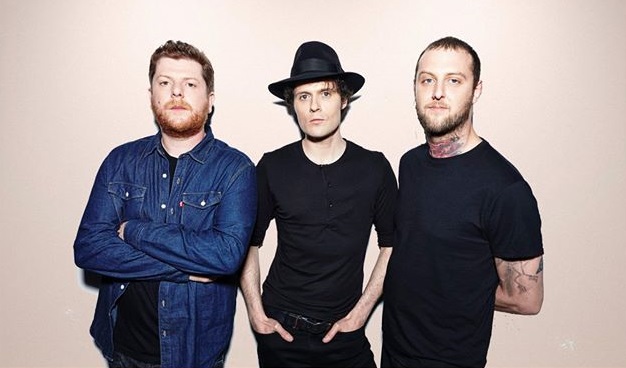 “Impostors (Little By Little)” has a rockabilly guitar hook that kicks the song off and is quite the earworm. This is the song that I’ve mentally woken up to most mornings since first hearing it. Jon’s “little by little” hook just adds to the track’s eminent listenability. It is one of my favorite songs of the year and has a true-to-life sentiment, speaking to the pressure that we feel to change ourselves to make others happy. “Thief” is a solid companion track with its own singalong chorus and steamroller-down-a-hill pace.
The Fratellis have managed to make a fun album built around themes of love, faith, and death. From a critical standpoint, Eyes Wide, Tongue Tied fails in bringing something new to the table. And its lyrics do not delve too deeply into the aforementioned themes. However, as a lover of music, I can see myself returning to this album for a jolt of adrenaline or to just put a smile on my face.