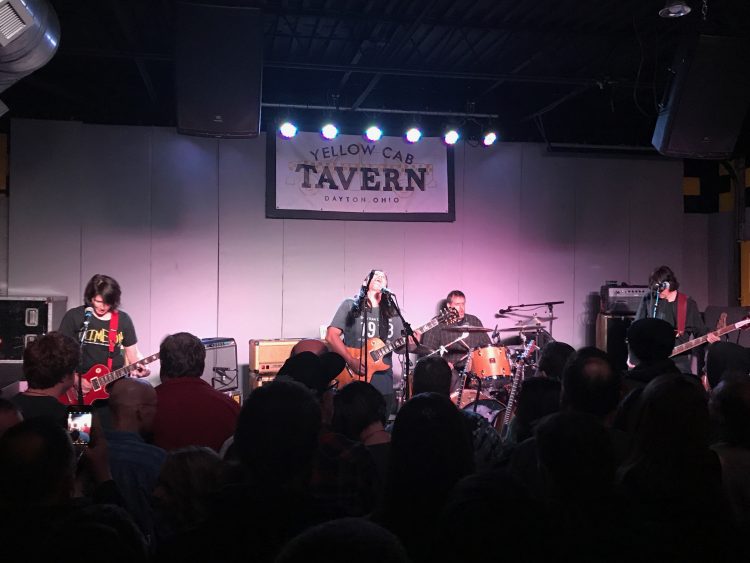 The Breeders: “Secret Show”, The Yellow Cab Tavern, Dayton, Ohio – Friday, March 2, 2018
I really like to think that I pay attention, especially when it comes to music. But, it seems that this one slipped under my nose. I consider myself lucky because if it weren’t for a certain friend my wife and I wouldn’t have been able to see Dayton sweethearts The Breeders. While the show was a couple of weeks ago, the information still has a relevance and that’s because you need to see The Breeders. It was Noisey that labeled The Breeders as “Americas best basement band” and that holds true in a bar too.
A cheerful Kim Deal takes the stage with her band and begins the coos of the sleepy dirge that becomes rocker “Nervous Mary”. The crowd erupts and Deal introduces the next song which is “Howl at the Summit”. The Breeders have always been a band that’s based themselves in messy beauty and “Howl at the Summit”-in my humble opinion- is one of the most powerful Breeders songs written in the entire history of the band. Kim has always done tender well and the title track “All Nerve” is a fantastic showcase of this. It’s power mixed with “Are You Mine” in a off the rails meld. 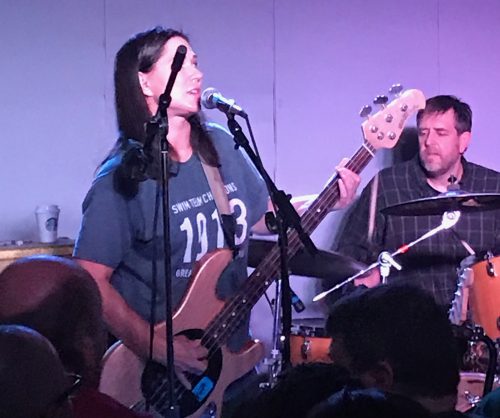 Josephine Wiggs has always been a stalwart and mysterious member of the band and with her song “MetaGoth” add terrifying to the list. Deal and Wiggs switch instrument duties for the song so that Wiggs can achieve a deadpan drone to heighten to emotion. Drummer Jim Macpherson is nothing but forceful as the crash thunders through “MetaGoth”. Kelley Deal is as steady as every, her style of play has always seemed a juxtaposition to me, a combination of concentrated sloppiness, focused precision fuckups.
That night the “secret” show made us guinea pigs for a Pitchfork Live that the band was taking part in on March 5th which made the show All Nerve heavy. Other highlights from the evening include the quintessential “Cannonball,” “Walking With A Killer” which is solo material Kim reworked for the band, and the dreamy floats and stadium bombast of “Spacewoman”. In a world where the guitar and rock guitar music seem to be cashing in to diminishing returns The Breeders are the most genuine things going right now. As bands are reuniting nobody is doing it like the Breeders and it seems they’re spearheading a charge to make guitar based rock credible again. You owe it to yourself to see The Breeders.
Setlist
Nervous Mary
Howl at the Summit
All Nerve
Skinhead #2
Wait In The Car
MetaGoth
Dawn: Making an Effort
Spacewoman
Blues at the Acropolis
Cannonball
Walking With A Killer