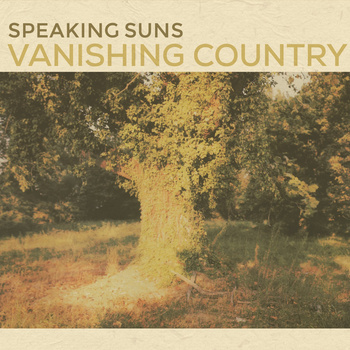 Fire Note Says: Speaking Suns’ debut is a surprisingly mature musical statement.
Album Review: Originally hailing from the land of Dave Chappelle and famous liberal arts school Antioch College (a.k.a. Yellow Springs, OH), Speaking Suns is a pretty young band—both in the age of its members and in how long they’ve been playing music together. But you wouldn’t know it listening to Vanishing Country, their debut album on bassist Connor Stratton’s Great Guys Records label. Stratton, singer/guitarist Jacob Diebold, keyboardist/vocalist Sam Salazar, and drummer David Byrne have managed to capture the band’s live energy throughout the album—an energy I’ve experienced in person a number of times over the past year—a feat that many bands who have been around a lot longer often struggle to accomplish. Combining solid songwriting chops, impressive musicianship, and Diebold’s Ray Davies meets Ezra Koenig vocal delivery, the band has put together a record that covers all sorts of stylistic ground while carving out its own unique sound.
Clocking in at about thirty-five minutes, Vanishing Country contains seven full-length songs with vocals and five shorter instrumental pieces interspersed throughout, the latter of which are all named after equinoxes and solstices (“Vernal,” “Estival,” “Autumnal,” etc.). These shorter tracks aren’t really strong enough to stand on their own, but when you’re listening to the album all at once (as you should, of course), they help create a sense of cohesion and consistent mood—think of them as “intros” or “codas” to the main songs, and they make complete sense. These interludes have the same overall feel as the longer tracks: using typical rock band instrumentation (guitars, bass, drums, keys/organ), the band creates soundscapes that can shift from spacey, mellow dream-pop with backwards guitar and electric piano to full-tilt, almost jazz-like jams—my top track, “The Disenchanted,” ventures into an “Eyes of the World”-style dance groove at times, but while the band can certainly pull off some tight instrumental interplay, I wouldn’t necessarily compare them to the Dead beyond a few brief excursions. 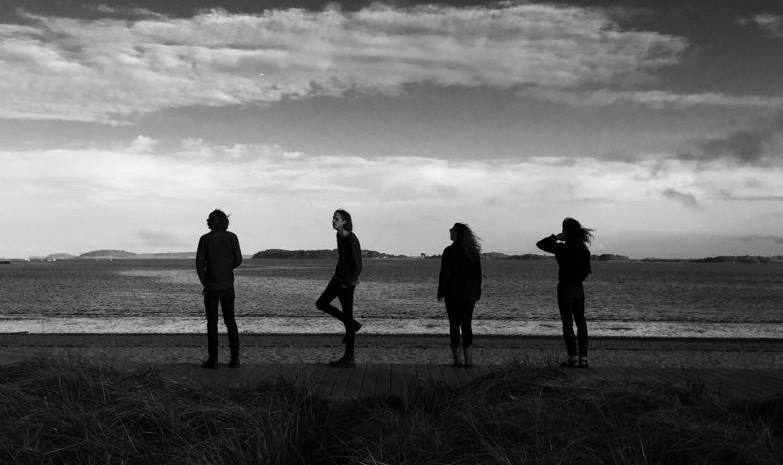 About the only negative charge that might be leveled at Vanishing Country is that some of its songs sound a bit too similar to each other, but there’s plenty of diversity to be found in repeated listens. “The Disenchanted,” besides featuring those groovy instrumental breaks, also contains one of the album’s catchier choruses and some great harmony vocals, while “Observations” channels that 60s-via-the-90s dream-pop sound, full of keyboards and melodic lead guitar. “Sleeper” is another highlight, with Byrne’s drums and Stratton’s bass driving the song forward while Salazar adds some keyboard flourishes into the mix. “When You Were” is a mellow track that combines some slide guitar and organ swells that fit Diebold’s melancholic vocals perfectly.
Vanishing Country is one of those rare debut albums that avoids all the pitfalls most bands fall victim to when recording a first album: Speaking Suns isn’t trying to emulate any particular set of musical heroes, they don’t get too ambitious for their own good, and they don’t paint themselves into any specific musical corners. Instead, what you get is a record that’s consistently good from start to finish, and even achieves greatness in a few places; it’s a record that leaves you wanting more, but in the best way possible. Vanishing Country may not be a masterpiece or a flawless work of art, but that’s actually a positive—it’s the perfect springboard for a band that you know will go on to do even bigger and better things. But as springboards go, this is a pretty great one.
Key Tracks: “The Disenchanted” / “Observations” / “Sleeper”
Artists With Similar Fire: Fleet Foxes / Modest Mouse / The Kinks