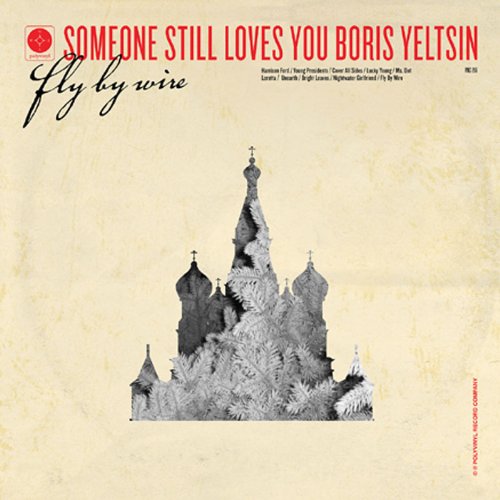 Fire Note Says: Fly By Wire takes listeners on a tour of Cold War rock and pop.
Album Review: Although Someone Still Loves You Boris Yeltsin (SSLYBY from here on out) are named after Russia’s president of the 1990s, their music is rooted in the three previous decades. The band combines the pop songcraft of late 60s British psychedelia; the dense, glassy production of the post-punk and shoegaze eras, and a little bit of everything in between. While its wide range and short length can make Fly By Wire feel a little disjointed at times, the band’s ear for catchy pop hooks and their ability to fully develop them make it a worthwhile listen.
One of these tunes begins the album in the form of “Harrison Ford,” a shimmering slice of late-night shoegazer pop, with a melody and vibe that seem to take as much from M83 as My Bloody Valentine. Another early highlight is “Cover All Sides,” it’s descending minor-key piano chords and soaring harmonies recalling tracks like The Beatles’ “Because” or The Zombies’ “Beechwood Park.” The acoustic shuffle of “Ms. Dot” is propelled forward by some nice drumming that at times recalls old-school hip hop break beats. “Loretta” is a unlikely but great sunshine pop/disco hybrid, sounding equal parts Beach Boys and ELO. 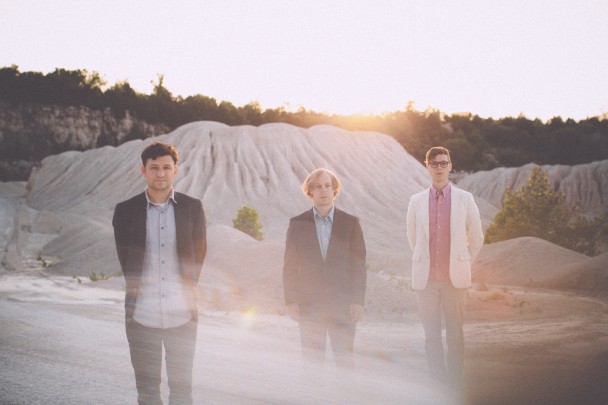 Other tracks that take longer to sink in but jump out at you on later listenings. One example is “Bright Leaves,” a gentle acoustic ballad with a subtle but affecting arrangement that offers a nice change of pace late in the track sequence. “Unearth” is another sleeper—it isn’t as obviously catchy as some of the other tracks, but taken as a completely fleshed song idea it’s one of the stronger tunes on offer. “Nightwater Girlfriend” is one of the tracks that feels the most out of place, but even it has its charms—much more influenced by 80s acts than many of its siblings, the bubbly synths and echoey distorted guitars stand out in contrast to their surroundings. Fly By Wire‘s title track closer, on the other hand, is probably the most successful at blending all of the band’s influences, even though the song itself is a bit sleepy.
Fly By Wire is an intriguing, and mostly successful, combination of styles that might not seem to go together until you hear them at work. Even with the departure of one of their founding members, it’s SSLYBY’s strong songwriting foundation that allows the band to take some creative chances. Even if those chances don’t always work, the album as a whole should convince any curious listener that SSLYBY know their stuff when it comes to writing a catchy tune or two.
Key Tracks: “Cover All Sides,” “Loretta,” “Harrison Ford”
Artists With Similar Fire: The Apples In Stereo / Sean Lennon / Ra Ra Riot

1 thought on “Someone Still Loves You Boris Yeltsin: Fly By Wire [Album Review]”