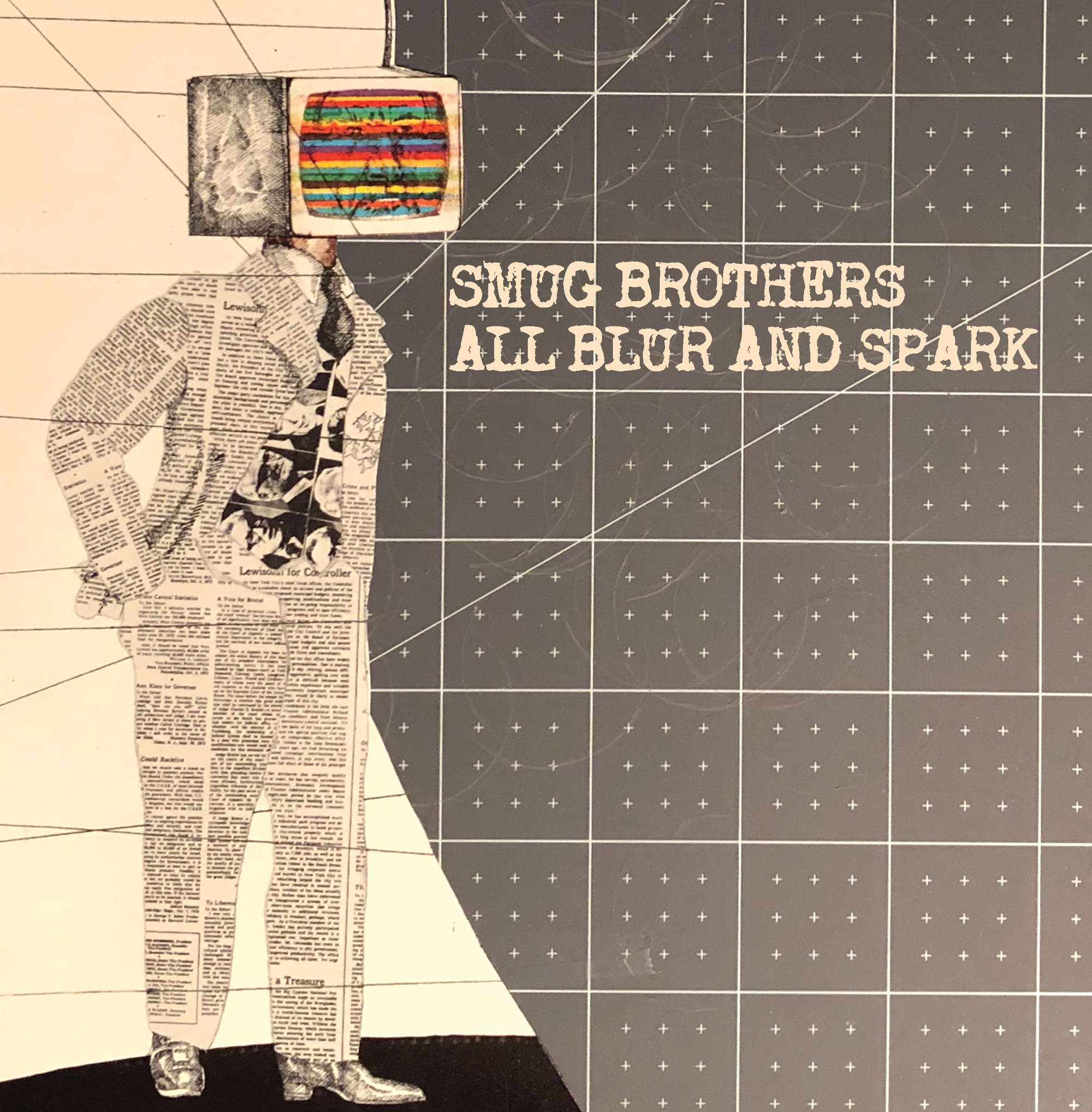 Who: Dayton, Ohio-based Smug Brothers release another charming and quite satisfying album.
Sound: All Blur and Spark is an impressive kaleidoscope of songs that were born from the GoFundMe endeavor to press their last album, Attic Harvest, to vinyl.
TFN Final Take: All Blur and Spark is 11 tracks of intoxicating Smug Brothers magic. Fans who donated $50 or more to the band’s GoFundMe were rewarded with a personal song written and recorded just for them. Kyle Melton and Don Thrasher decided to release the batch of 11 songs as All Blur and Spark for the rest of us to enjoy.
Separately, the All Blur and Spark tracks may have been a perk for a few fans, but together they make a mighty fine Smug Brothers album. Through some thoughtful sequencing, this collection of individually crafted songs sounds remarkably cohesive and never feels like a compilation of unrelated songs. And it is loaded with some of their best songs this year.
“Horseshit Trivia,” “Postmodern Cameo,” “Look How Real,” “Statistical Dream Cat,” “Lazarus Ambassadors,” “Genie Flipped My Stitch” are some of my immediate favorites from All Blur and Spark. From the effortless cool of tracks like “Horseshit Trivia,” “Look How Real”, and “Lazarus Ambassadors” to the palpable tension of “Postmodern Cameo,” “Statistical Dream Cat,” and “Genie Flipped My Stitch,” Smug Brothers can take you from a head-nodding mellow jaunt to a jangly post-rock sprint.
All Blur and Spark is a tidy and welcome addition to the ever-growing and fascinating discography of this immensely talented Dayton band. Fans of GBV, Robert Pollard, and Tobin Sprout need Smug Brothers in their life. I was remiss that I did not go with the $50 GoFundMe option when Kyle offered it, but I am grateful that he decided to release these tracks to the fans. – We appreciate it!