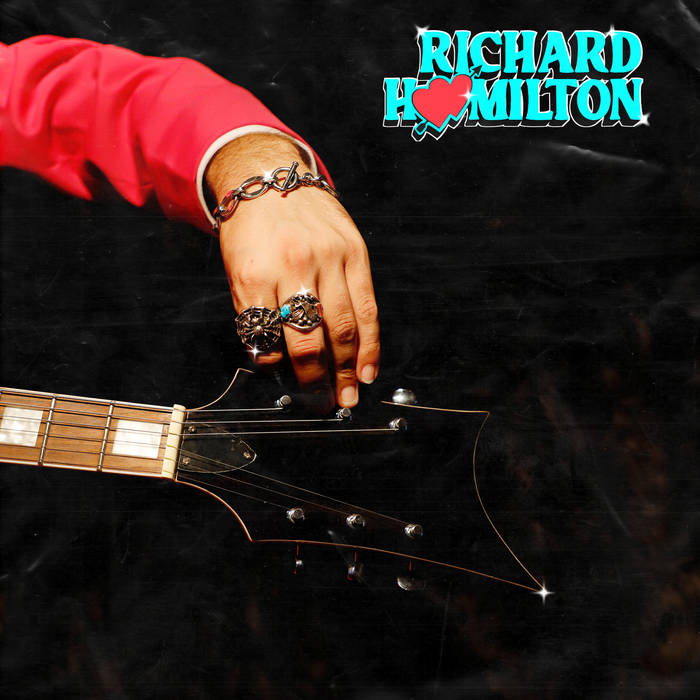 Richard Hamilton (aka Ricky Hamilton or Ricky Hell) is the formal name of the founder of the criminally under the radar label Quality Time Records. His new long player, My Perfect World, is a 180 degree turn in sound from his past gutter pop bands like Fascinating and Ricky Hell & The Voidboys.

Right from the opening title track you can hear the difference as Hamilton embraces a glam rock sound that includes the female backing vocals of Miss World. This song has a foot tapping component to it as Miss World’s vocals bounce in the background while Hamilton plays a more fuzzed guitar line and offers up his Marc Bolan type vocals. The song has a fun carefree attitude that works for a California lifestyle and sets the tone for the rest of the album.

The full band sound on My Perfect World is the secret to its success. The guitar, bass and drums all hit with a confident attitude like Hamilton’s previous garage groups but now takes a different life with his softer and more out front lead vocals in addition to the consistent female backing. “I Don’t Wanna See Her Running Away” is another highlight on the album that features a different female voice in Roxeanne Starnik. She injects an edge into the song that soars in the background and plays perfectly against Hamilton’s tone.

My Perfect World is a solid 10 song 29 minute record that is hard to put down. It honestly will come at you out of left field if you are familiar with Richard Hamilton’s previous work because its delivery is unique. He manages to recreate a 70’s glam rock here while overlaying a very 2020 guitar that completely works. I always like it when an artist surprises you and Hamilton has now produced one of his best records in his ever growing catalog.