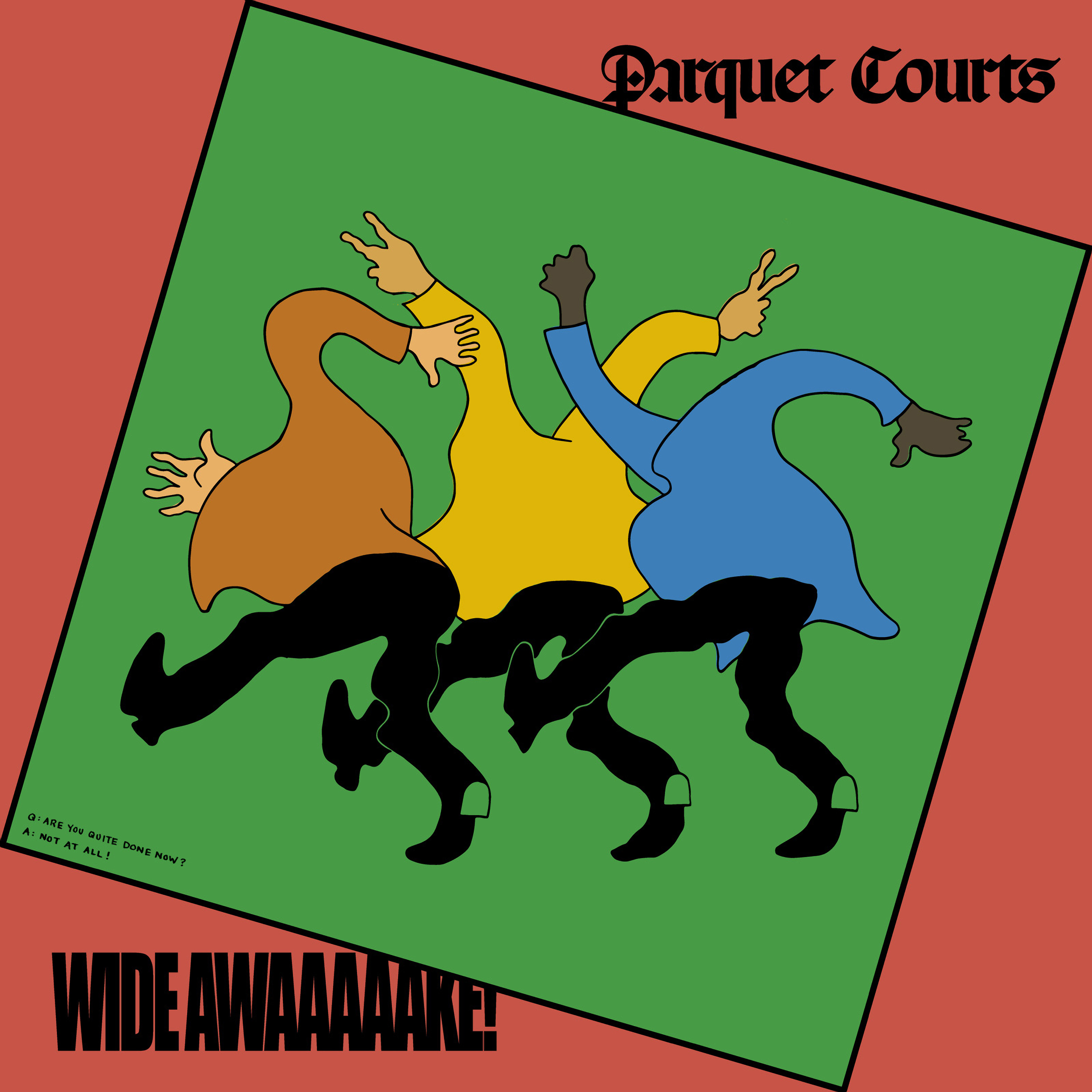 Who: Indie rock icons, Parquet Courts shift gears and deliver a fresh and vital album.
Sound: Parquet Courts join forces with producer Brian Burton, aka Danger Mouse and come dangerously close to recording their best album.
TFN Final Take: When I heard that Parquet Courts were teaming up with Danger Mouse for their fifth LP, Wide Awake!, I wasn’t sure what to expect. That may have been the point. If the band wanted to shake things up a bit, they have succeeded.
Wide Awake! is Parquet Courts most diverse album to date. A few tracks that are decidedly Parquet Courts’ brand of indie rock but the rest is a pleasant merger of funk, punk, 90’s indie rock, 60’s psychedelic rock, and even some hip-hop. Fans of past albums will be happy and folks that want to see the band continue to grow and expand their sound will definitely be pleased.
Wide Awake! starts brilliantly with “Total Football.” It is hard to get past this track without replaying it repeatedly. “Violence,” the second track, is the first indication that things are going to be different on this LP. Funk fuses with punk rock anger and the result would not sound out of place on an Ill Communication-era Beastie Boys record.
Tracks 4 through 7 are the meat and potatoes of Wide Awake!. “Mardi Gras Beads” is a heady track that reminds me of a Pavement song being played by The Byrds. “Almost Had To Start A Fight/In And Out of Patience” is another pure Parquet Courts rocker and is one of my favorite songs they have ever done. “Freebird II” is another great track that sounds like classic 60’s era psychedelic rock. “Normalization” is a twitchy little rump-shaking rocker.
For all the fun and interesting tracks, a few songs kept Wide Awake! from being a perfect album. “Back to Earth” and “Before the Water Gets Too High” slow things down too much with their Gorillaz-esque meandering. Title track, “Wide Awake” is energetic and gets you moving, but after multiple listens, I found myself reaching for the skip on the overly repetitive track.
I refuse to skip the next two tracks. “NYC Observation” and “Extinction” are essential Parquet Courts tracks. They will transport you back to Light up Gold’s one-two punch of “Master of My Craft” and “Borrowed Time.” Parquet Courts pump on the brakes once again with “Death Will Bring Change” which just feels out of place, especially after the blistering dynamic and energy established with the previous songs. All’s well that ends well with “Tenderness,” a shambling and jangly piano-driven track that lets you know what this band is thinking about the state of the world we live in.
Minus a few slow spots, Wide Awake! is a fun and refreshing album. Parquet Courts were not afraid to take some chances and for the most part, it pays off. The fusion of their already established sound with Danger Mouse’s production should make this LP one of the top albums for 2018.
Parquet Courts Website
Rough Trade
– Reviewed by Daniel Taylor

The Friday Fire Track: The Rock’n’Roll HiFives -“Hold On”