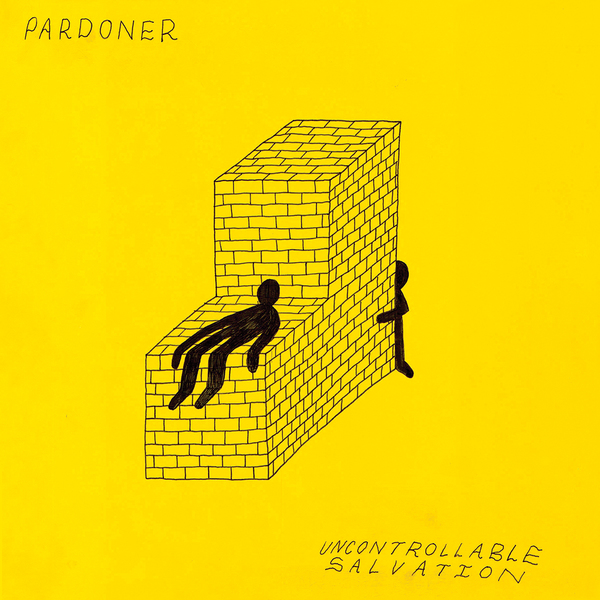 Who: San Francisco’s Pardoner blend and bend their influences into a rather epic debut LP.
Sound: Uncontrollable Salvation is a fantastic blend of fuzzy power noise slathered with skewed guitars, impeccable pop moments and an abundance of shoegaze noise.
TFN Final Take: Pardoner’s debut LP, Uncontrollable Salvation was an instant love. As soon as the opening track, “Blue Hell” hit my ears I knew this could be something that really appealed to my musical sensibilities. By the time I got to last track, I was ready to hear it all over again.
Pardoner hit a real sweet spot when it comes to some clever jangle/mellow rock with distorted and twisting guitars on tracks like “Blue Hell,” “Outdoor Excursion,” “Carousel of Punishment,” “Labrador” and the epic slacker journey of “Don’t Stop Believin’ In Me.” The slower Pardoner tracks showcase some seriously cool sounding shoegaze noise that would give the best Swirlies tracks a run for their money.
Pardoner really excel when they pick up the pace. Tracks such as “Hint,” “Hey Rockstar,” “Pivot Fakie” and the album’s best song, “Uncontrollable Salvation” bring a faster, heavy power fuzz vibe, mixed with those ever-present twisted and bent guitar sounds. It is like hearing a punk version of Polvo.
I am excited about the future of this band. Uncontrollable Salvation was a huge surprise for me this year. I also highly recommend that you go to their Bandcamp page and get their EPs and singles. It’s just more incredibly addictive songs that fans of Polvo, Swirlies and Sonic Youth will eat up!