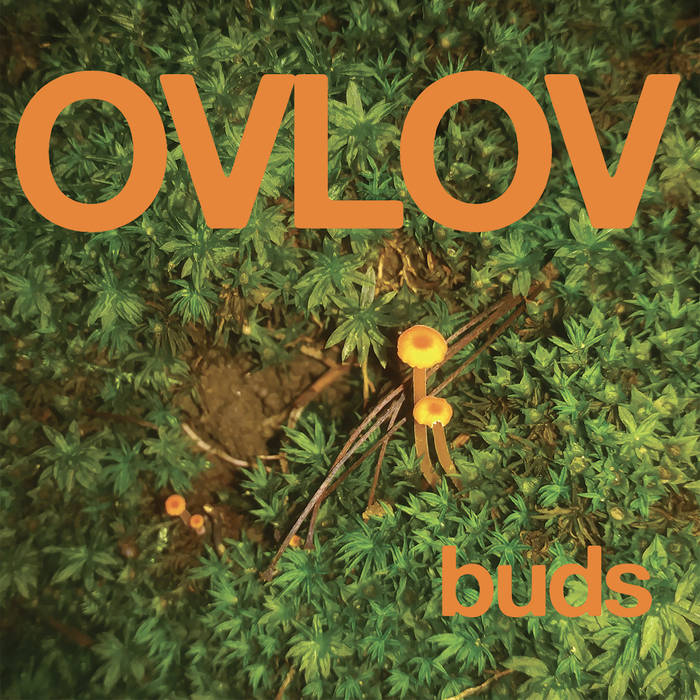 Connecticut four-piece Ovlov has released two LPs and a handful of EPs over the last decade and have called it quits more times than their output but the good news is – the band has made it to full length number three, Buds. The group has kept many things the same here like recording with the same producer and engineer, Michael John Thomas III at Black Lodge Studio in Brooklyn, once again releasing on the excellent label Exploding In Sound Records and again featuring additional vocals from Jordyn Blakely (Stove, Smile Machine). The band also brings plenty of their staple fuzzy guitar riffs that have a 90’s indie rock vibe which will please any fans of the previous records.

Like all groups though that make it to releasing a third record, Ovlov have evolved and added some new elements on Buds which builds on their solid foundation. Morgan Luzzi, Steve Hartlett and Theo Hartlett return but now have added Hartlett brother Jon on bass while even the Hartlett’s dad, Ted, joins the family with an excellent saxophone closing during “Cheer Up, Chihiro!” Ovlov also added some new background vocals to the mix with the inclusion of Erin McGrath (Dig Nitty) on two tracks, and Alex Gehring (Ringo Deathstarr) contributing backing vocals to three songs as well. None of these additions change the overall power hooks or muscular walls of spontaneous sound that Ovlov are known for but they do keep things on Buds fresh when you line it up next to 2018’s excellent Tru.

The songs themselves are deep in thought with topics that circle around the loss of life or love. The group lowered the overall fuzz a bit so you get more cleaner vocals but when you hear the Dinosaur Jr.-ish type riffing on the conclusion of “Land Of Steve-O,” you are confident the band’s entire force still lurks in the shadows. In fact, you won’t even question the rock on this album when you drop the needle and hear the Helmet like opening explosion on first track “Baby Shea.” On other songs, you can hear the control as the swirling layered vocals of Gehring mix perfectly into the haze on “Eat More” and the driving “The Wishing Well” builds and builds from a very isolated vocal setting to the shoegaze finale that is enhanced by Blakely.

Ovlov’s Buds is a grower. Even though the record is only 25 minutes it feels longer in every way that is good as each of the 8 tracks sounds complete. Every song is well thought out, every track sounds better with headphones for a more immersive experience and the record’s overall density is its strength. Buds has an extremely high replay value and still will sound great 10 years from now!