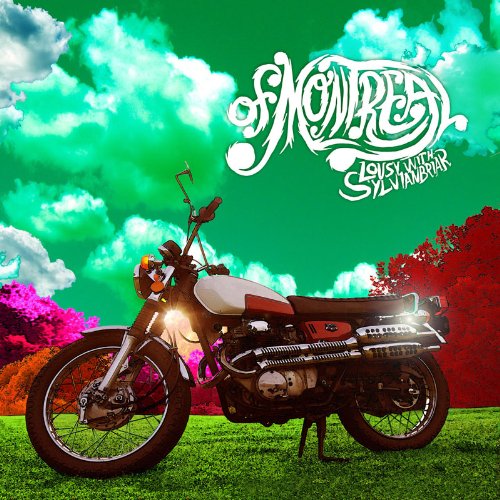 Fire Note Says: of Montreal chooses the accessible route on their latest.

Album Review: of Montreal is the product of Kevin Barnes’ vision and work ethic. Lousy With Sylvianbriar is the band’s 12th LP since their debut in 1997. That is roughly an album a year over a sustained period of time. Any fan of Barnes/of Montreal (of which I count myself) will admit that some releases have been of higher quality than others. This pattern, or lack thereof, makes each Of Montreal an adventure because of the questions about its quality and style. I loved the electric pop of 2007’s Hissing Fauna, Are You The Destroyer?. However the following year’s Skeletal Lamping just didn’t work for me. And there have been two releases since then, which have failed to make an impression.

Lousy With Sylvianbriar eschews the electronic focus of the past few releases for a full band. Barnes recorded this album in a studio in San Francisco – far away from the band’s base of Athens, GA. Five other musicians play on the LP’s 11 tracks: Rebecca Cash (vocals),Clayton Rychlik (drums, vocals), Jojo Glidewell (keys), Bob Parins (pedal steel, bass), and Bennet Lewis (guitars, mandolin). The sound is a folky psychedelia that remains heavy with of Montreal’s trademark harmony. I really like this iteration of the band. Lyrics, as always, bounce between indecipherable (“The smithy remove the oils from the eyes of street cats/Through some shitty witchcraft, and rubs their brows and genitalia”), funny (“I used to be a palace/Now I’m just a dive”), and heartbreaking. The song “Colossus” references the suicide of a pregnant woman. It doesn’t get much more depressing than that. 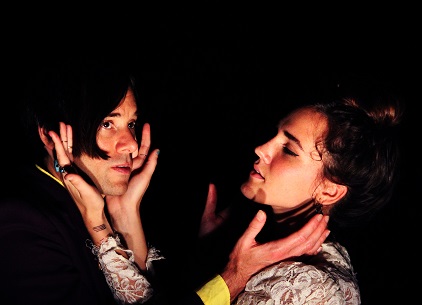 “Fugitive Air” is a stream-of-consciousness rant with no chorus to speak of. It also has a great bass guitar hook and light la-la-las that complete the song. It’s a great way to start off the album and introduce the sound and intentions for Lousy With Sylvianbriar, which is to make a Dylanesque record. I loved the opening line to “Triumph of Disintegration: “The last ten days have been a motherfucker/I don’t know if I’ll survive.” With such an opening you may expect a heady, heavy-handed delivery; however, such is not the case. The song is soulful and playful while touching on these weighty themes. The standout of the album is “She Ain’t Speakin’ Now,” which alternates between soft and hard but carries on a harmony that will get stuck in your head.

Lousy With Sylvianbriar is an album for both of Montreal fans and lovers of 60’s-inspired rock and folk. It’s a welcome change to the trajectory of the band and makes them more accessible. At times in the past it has seemed like Kevin Barnes was doing his best to let his creativity run wild (sometimes to the detriment of the finished product), but the restraint shown on this LP makes it more approachable. The album is strong throughout and easy to listen to, which has not always been the the case for of Montreal.

1 thought on “of Montreal: Lousy With Sylvianbriar [Album Review]”