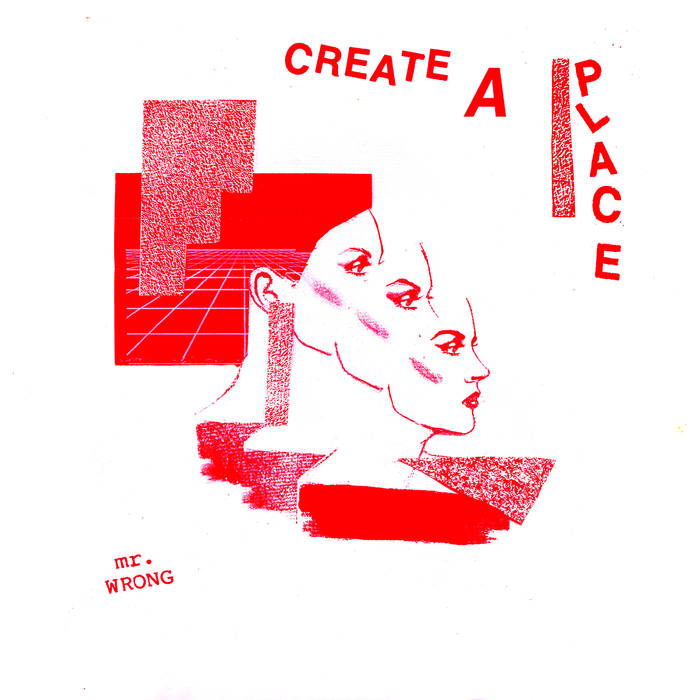 TFN Album Review: Create A Place is the sophomore album from Portland, Oregon’s Mr. Wrong and it can be summed up in one word – RIPPER. The female trio of Mof (guitar), Leona (bass) and Ursula (drums) offer up more fierceness here in their 9 songs and 16 minutes than some groups ever create.
The group has a very new wave Devo mixed with the post-punk of The Raincoats while being relentlessly injected with the 100% adrenalin of early Sleater-Kinney. The multitude of call and response attack on this album is where Mr. Wrong pull you in as the group always comes back quick with a harmonizing synchrony that sticks with you. It’s hard not to root for this band and want more.
Lastly, with song titles like “White Male Teacher,” “Prime Time President,” and “Holding For Healthcare” you know that Mr. Wrong will give you their opinion on the current climate. Honestly, I don’t think anyone would want this album or Mr. Wrong to play it safe or not share their passion. Create A Place is driven from the inside and that gives it an imperfect perfection that I guarantee will play solidly all year long!
Mr. Wrong Website
Mr. Wrong Facebook
Water Wing Records
– Reviewed by Christopher Anthony