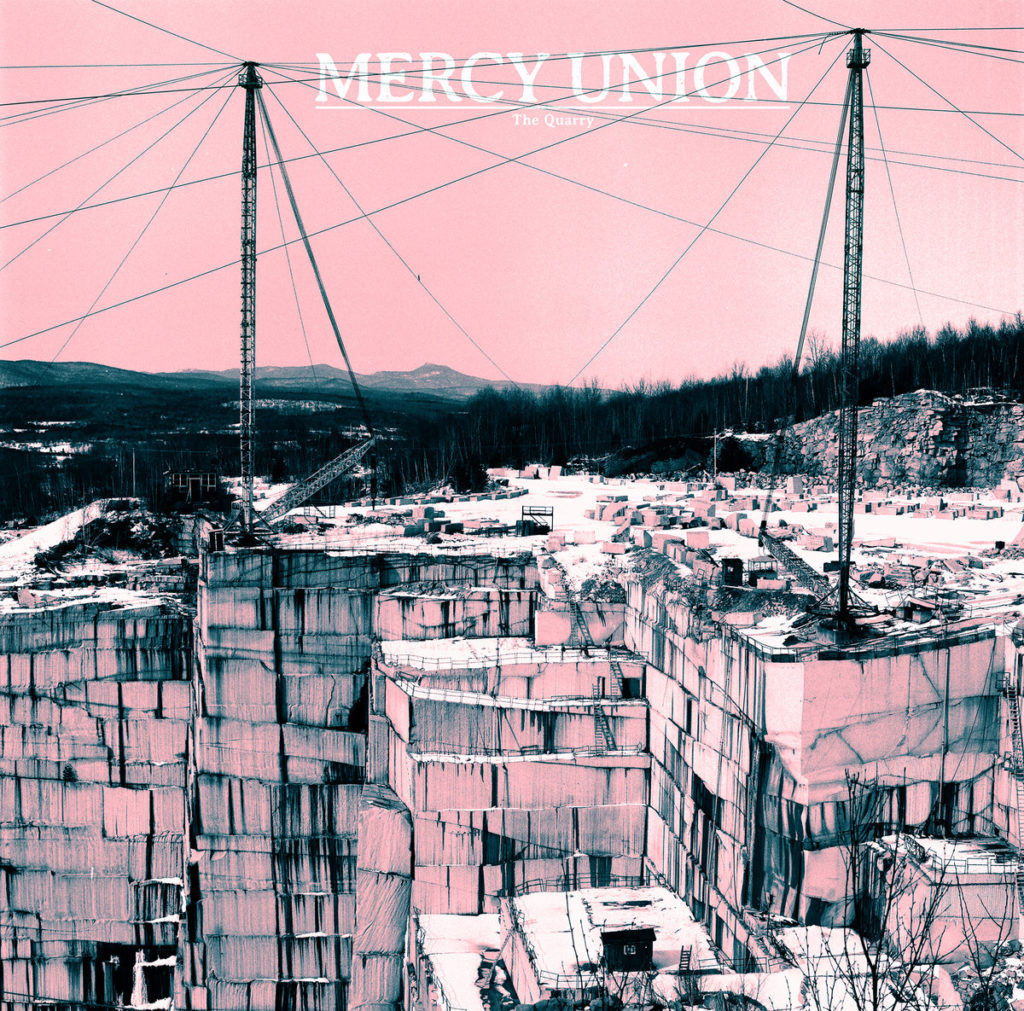 Fire Note Says: How “super” does a supergroup need to be?
Album Review: Mercy Union – the joint effort of Jared Hart from The Scandals and Benny Horowitz of The Gaslight Anthem, plus Rocky Catanese and Nick Jorgensen – is a New Jersey punk rock dream collaboration. But unless you’ve followed the Asbury Park boardwalk beat closely for the past decade or so, you’ve likely never heard of these fellas, their bands or their sea-soaked brand of hopelessly romantic heartland rock.
That should change immediately, because Mercy Unions’ debut record The Quarry is an instant classic. At first listen, it’s a light, accessible and inoffensive twelve songs that find Horowitz, Hart, Jorgensen and Catanese breaking new classic rock revival ground while still staying true to their roots. Thanks to deft production by The Bouncing Souls’ Pete Steinkopf and the sheer, natural chemistry between the players, the record comes together beautifully, offering grizzled old punks and classic rock fans alike plenty to enjoy.
But The Quarry is much, much more than a safe retreading of time-tested four-chord rock n roll. It’s also a poignant, lyrically dense and deeply poetic rumination on youth, aging, love and uncertainty. The arrangements on tracks like “Young Dionysians,” “Layovers” and “Twenty Seven” are bright and sweet, replete with simmering blues solos, singalong choruses and “Darkness on the Edge of Town” era harmonicas, bells and chimes. The Quarry walks the fault lines between sickeningly sweet shameless homage, effortlessly catchy radio rock and warm, wounded nostalgia with the confidence you’d expect from punk rock veterans like Horowitz and Hart.
At its heart, The Quarry is a windows-down rock n roll record with the brains, brawn and heart to make even the most burned-out, jaded 9-to-5er want to crank the volume, raise a beer, and sing, dance and drink all night long. Like fellow Mid-Atlantic punk valedictorians Brian Fallon and Dave Hause, Mercy Union makes cranking out white hot American rock seem easy.
So for now, they may only be a “supergroup” in the hearts and minds of the Jersey punks who’ve already bought in – but The Quarry makes it clear that Mercy Union ought to be bound for so much more.
Key Tracks: “Young Dionysians” / “Silver Dollars” / “Reverse”
Artists With Similar Fire: Tom Petty / Steady Hands / Dave Hause
Mercy Union Website
Mercy Union Facebook
– Reviewed by Dylan Gallimore