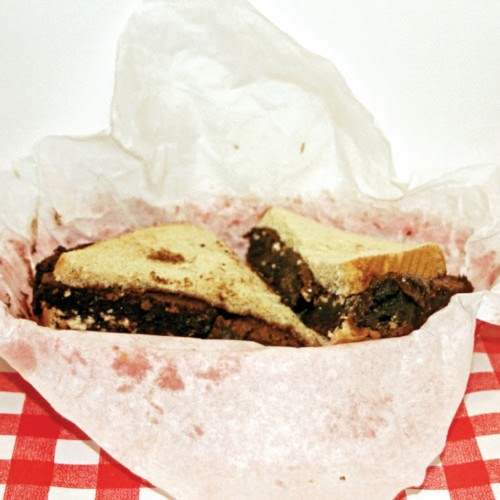 Fire Note Says: Ty makes all 11 tracks here his own!
Album Review: I typically don’t get too excited about a covers record but Fudge Sandwich from Ty Segall is a template for how to do it right. Ty is not trying here and that is the magic of Fudge Sandwich. He simply recorded songs that he enjoys.
You might be thinking this is the opportunity for Ty Segall to show some sort of pop side or flashback popular 80’s affection but instead you get an interesting selection of tracks that spread genres and stretch into the more obscure. The best part – Segall easily makes every track his own. The record kicks off with the spacey jam of War’s “Lowrider” that has a weird cool grind. His take on Gong’s “Pretty Miss Titty” will make you look up the original from the Paris progressive band and the rest of their early 70’s material. Other covers, like his rocked up Dead cover of “St. Stephen” and Lennon’s “Isolation” will bring the listener into something that is most likely somewhat familiar while still making them unique.
I am admittingly a big fan of Segall’s work and once again he shows his skills in song arrangement here that stands out even more because the tracklist is all covers. His take on the Dils “Class War” is so good as he takes a politically charged punk song and turns it down with an acoustic base but then inserts back electric guitar and gives it a perfect edge and consistent message from the past. Most cover records wear out their welcome eventually but Fudge Sandwich is not only solid from beginning to end but easily retains its value with every spin you give it!
In The Red
– Reviewed by Christopher Anthony