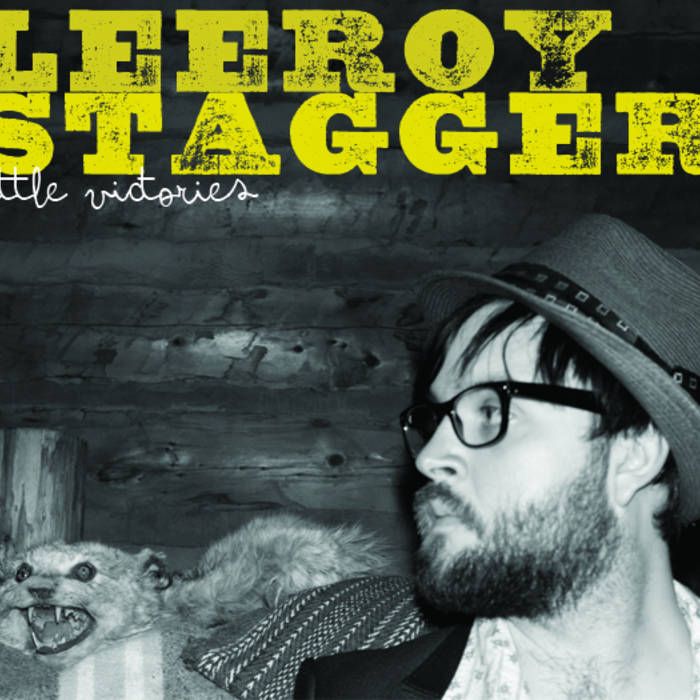 Want to discover a singer/songwriter that absolutely won’t let your Americana ear down? Then look no more and check out the sixth long player, Little Victories, from Canadian Leeroy Stagger backed by his solid band The Wildflowers. I will warn you that Little Victories is one of the best depressing records I have listened to in quite some time, as many of the songs here reflect on Stagger’s current perspective on life, as he questions several aspects of love, his musical career and if you can even be happy. It may sound like just getting the bottle out and drinking might be more appropriate but Little Victories is the sound of a man and his band at the top of their game.

The songwriting is top notch, the playing is extremely tight and you can feel the intensity behind every strum and every line. Right from opening track, “Everyones On Drugs”, you get the notion Little Victories might not be the feelgood album of the summer but the track possesses one catchy chorus that will have you humming along in seconds. “Waste Of A Wedding” is a good ol’ rocker that probably will resonate with many, as it documents a failed marriage, while the quiet soft “Poor Little Rock Star” highlights Stagger’s range, as his more hush delivery is completely engaging. Not every track on Little Victories is a downer, as the more heartfelt “I Believe In Love” still shows Stagger has a glimmer of hope even though he follows it with the excellent piano ballad “Love Will Let You Down” that should quickly bring you back to life’s realities.

No matter how you spin it, Little Victories is a great slice of Americana that has it all and even though it may not have tons of sugary topics the record will impress you, as Stagger and his extremely competent backing band The Wildflowers deliver on every track and make the album one of his best to date!

Key Tracks: “Everyones On Drugs” / “Hardtown” / “Waste Of A Wedding”