Helvetia: Nothing In Rambling [Album Review] 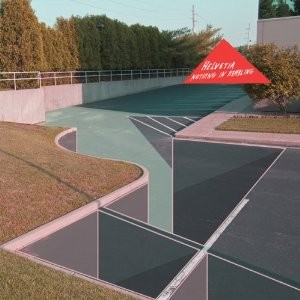 Fire Note Says: Helvetia mix Olivia Tremor Control and My Bloody Valentine in a blender and come up with Nothing in Rambling!
Album Review: Hevetia (pronounced hel-vee-shuh) play a brand of experimental psychedelic indie rock that calls to mind bands like Deerhunter and classic Elephant 6 bands from the past, without ever falling down the rabbit hole of weirder bands like Animal Collective or Music Tapes. On Nothing in Rambling, Helvetia’s new album on Joyful Noise, the Portland group has created their most focused effort to date.
“Pumpkin Rose” grabs your attention right away, as the song sort of swirls in and gets started immediately. Sounds come at you from every direction, before finally merging together at around the one minute mark. The effect that is created is both jarring and entirely satisfying. This is headphone music and should be experienced accordingly! The track is equal parts Olivia Tremor Control and My Bloody Valentine mixed together in a lo fi blender. “RyBro” is another 60’s inspired psychedelic pop gem, part Kinks and part Syd Barrett. Helvetia keep mining this same vein over and over again, finally mixing things up with the title track, “Nothing in Rambling”, which has a bigger sound and is less busy sonically, and is instead more focused on the pop side of this equation. Who knew these guys could be a straight indie pop band like The Shins if they wanted to be?? Album closer, “What You Wanted” is another winner. It starts simply enough with a strummed guitar, but then builds multiple layers over top of it. Jason Albertini’s vocals convey a feeling of longing that close the album perfectly, and leave you wanting more. Technically, this is the most impressive track on the record, and also the most satisfying song as a whole on Nothing in Rambling.
This is a pretty good record, it tends to wander a little, and can be a bit samey in the middle, but Nothing in Rambling rallies at the end and finishes very strong. When they are focused and firing on all cylinders, Helvetia can deliver psychedelic indie pop as good as anyone else currently recording. Definitely give it a listen!
Key Tracks: “What You Wanted” / “RyBro” / “Pumpkin Rose”
Artists With Similar Fire: Olivia Tremor Control / Deerhunter / Elf Power
Helvetia Website
Helvetia Facebook
Joyful Noise Recordings
– Reviewed by Kevin Poindexter