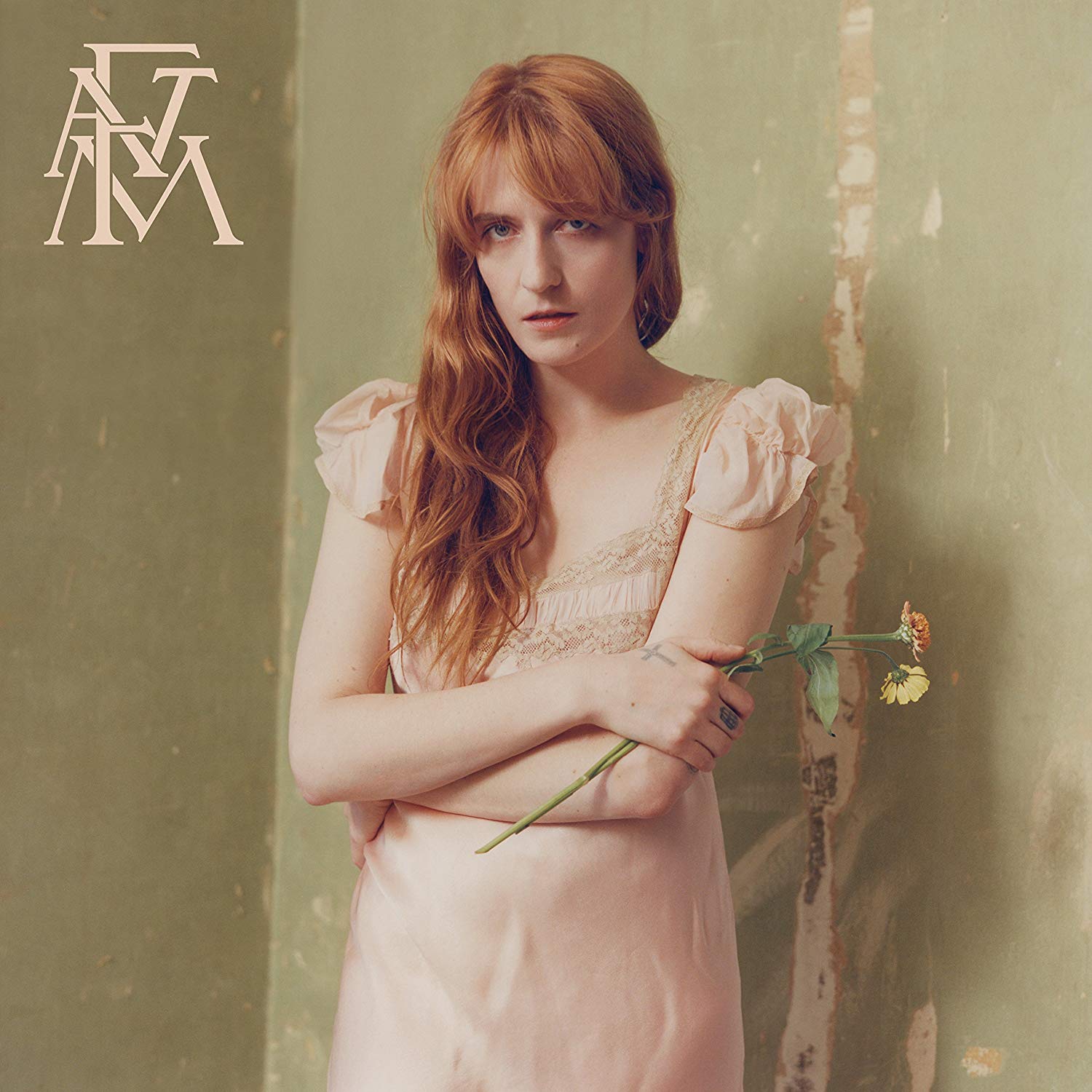 Fire Note Says: Artful and stately from start to finish.
Album Review: Early efforts from Florence + The Machine – in singles like “Kiss With A Fist” and “Dog Days Are Over” – came across with enough smarts and depth that suggested Florence Welch was going to be more than another British pop chanteuse flash in the pan. There was an artful edge and a sense of mystery and quirky creativity that reminds one of female artists like Kate Bush, Tori Amos, Regina Spektor and the like. That all seemed to come together on the splendid 2015 release, “How Big, How Blue, How Beautiful,” with another dramatic pop single in “Ship to Wreck,” the rocking “What Kind of Man,” and the title track with it’s lovely orchestrated horns at the song’s conclusion, and then winning tracks like “Delilah,” “St. Jude” and “Mother,” which offered unexpected depth and artfulness. Welch has a big, expressive voice, and she seems to thrive best in musical settings that match her passion and breadth, something that album managed to display elegantly from start to finish.
On her new fourth album, “High As Hope,” Welch and her primary collaborator, Emile Haynie, who co-produces and co-writes most of the songs, stay close to what has worked for Florence in the past, which means there’s plenty of passion but rarely anything that feels risky, or that stretches her as an artist. Thus the first single “Sky Full of Song” feels almost too familiar, but what works better is “Hunger,” which broadens from the issue of an eating disorder fueled by a warped view of one’s body to a larger more universal longing for connection and ease in one’s own space.
If you begin to wonder why she does so many songs rich with pain, loss and anxiety, the lyrics of “No Choir” explain that “it’s hard to write about being happy because the older I get I find that happiness is so extremely uneventful,” so there will be no choir to join her, she says, in a song like that. Thus we get songs like “South London Forever,” where she shares about a trippy night and worries about global warming and wonders if it’s okay to dream of raising a family because “what if one day there is no such thing as snow.” And thus the acknowledgement that “there’s a special kind of sadness that seems to come with spring.” It is those occasional golden poetic phrases that take Welch’s songs past the simple clichés that dominate much of pop music.
Ultimately, if there’s one thing holding this fourth album from touching the greatness that could be in Welch’s reach, it’s that the music never expands beyond the expected orchestrations, no matter how pretty or well executed. Florence unleashes her most expressive vocals when pissed and distressed; thus in “Big God,” we get her boldest declarations as she expresses of her frustration with a lover who won’t return her phone calls. She bites down hard, stating, “I still like you the most/You’ll always be my favorite ghost,” before she confesses, “Jesus Christ it hurts.”
Welch has said that she wrote “Patricia” as a tribute to punk songstress, Patti Smith, who she claims has “always been my North star” before diving into the chorus’ declaration that “I believe her, I believe her,” and the realization that “it’s such a wonderful thing to love.” Elsewhere, “Grace” is a confession intended for her younger sister, and “The End of Love” revisits her grandmother’s suicide, where she unleashes the full anguish in her voice while “reaching in the dark.”
Artful and stately from start to finish, Florence + The Machine have found a comfortable mix of melodrama and dense orchestrations, soaring melodies that rise high and dip oh so low. That much is a given. With “How Big, How Blue, How Beautiful” one got a sense that they were willing to push beyond the obvious expectations to something all the more majestic, lush and moving. “High As Hope” doesn’t suggest similar lofty aims but feels more like a holding pattern. In her next offering or two, we’ll learn if she can manage a reach that exceeds her grasp.
Key Tracks: “Hunger” / “Big God” / “Patricia”
Artists With Similar Fire: Tori Amos / Regina Spektor / Lana Del Ray
Florence + The Machine Website
Florence + The Machine Facebook
Republic Records
– Reviewed by Brian Q. Newcomb